Sanin Would Be a Return to Overdevelopment, Infrastructure Neglect & Failed Leadership

Many people in our town recently received a letter from liberal Democrat Town Supervisor candidate Rebecca Sanin in which she touted her experience running a not-for-profit organization, approach to public safety and plan to help local small businesses.

In true Joe Biden fashion, Sanin's letter is remarkably similar to the mission statement letter Ed Smyth put out 5 months ago. Not surprisingly, Sanin neglected to include some very important details in her letter that Huntington residents need to know:

1. Her Record of Flawed "Leadership"

First, Sanin became president of the Health and Welfare Council of Long Island in 2017. In the years after she was hired, the amount of money the Council distributed in annual grant funding dwindled from an average of nearly $1.7 million to $0 in 2019. At the same time, the compensation received by its officers increased by more than 72%. 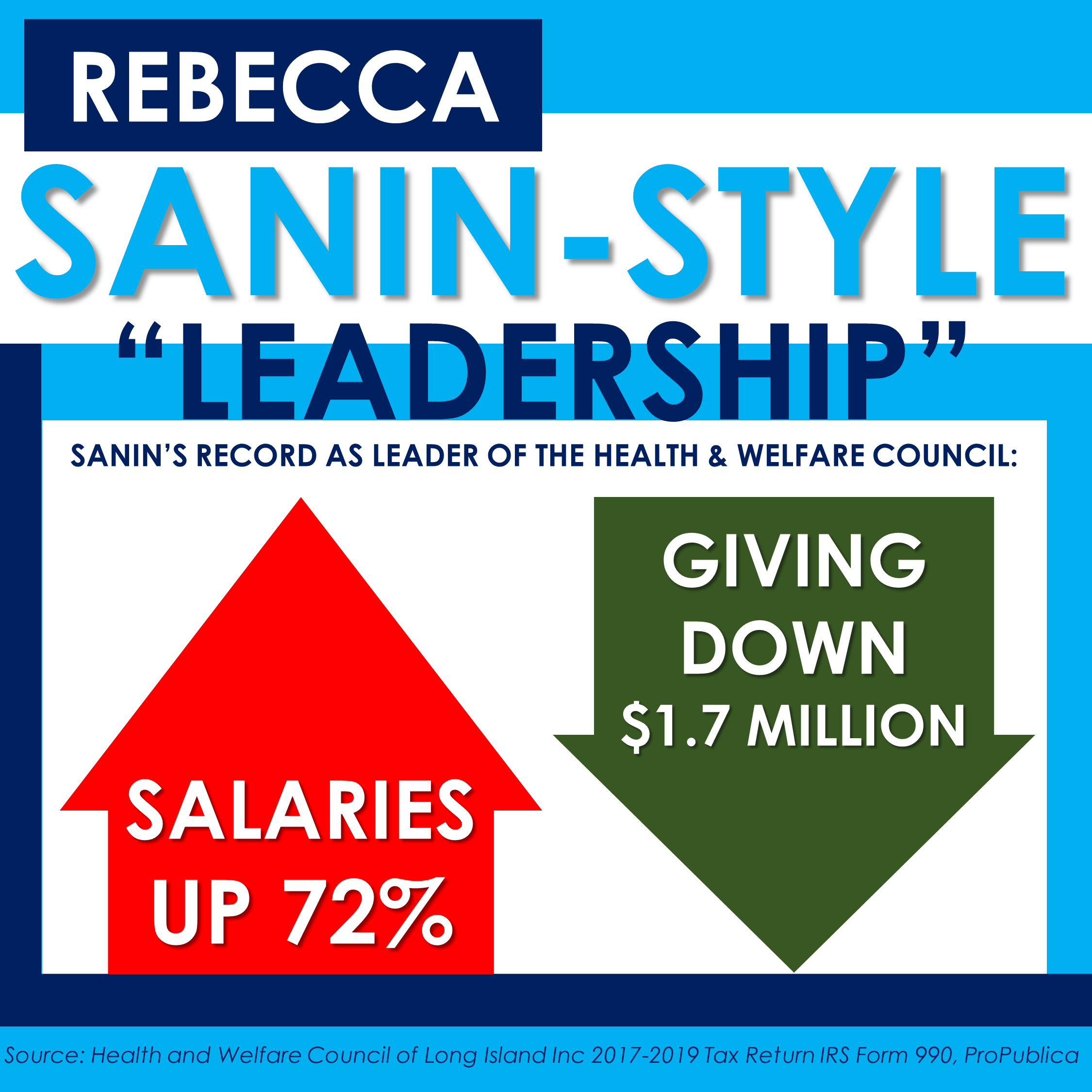 2. Her Support of Far-Left, Divisive and Dangerous Rhetoric

Second, Rebecca Sanin is deeply out of touch with the values shared by Huntington residents when it comes to ensuring public safety. Sanin has expressed her support for liberal groups that believe in defunding our police departments and other anti-law enforcement policies that make our communities less safe. Further, after a fatal shooting occurred last month in Huntington Station, Sanin’s proposed response was focused on tree trimming and street lighting, rather than working with the Suffolk Police Department to remove dangerous criminals from our streets. Ed Smyth is the only Town Supervisor candidate endorsed by law enforcement -- in fact, Ed Smyth is unanimously endorsed by the entire Coalition of Suffolk Police Unions. 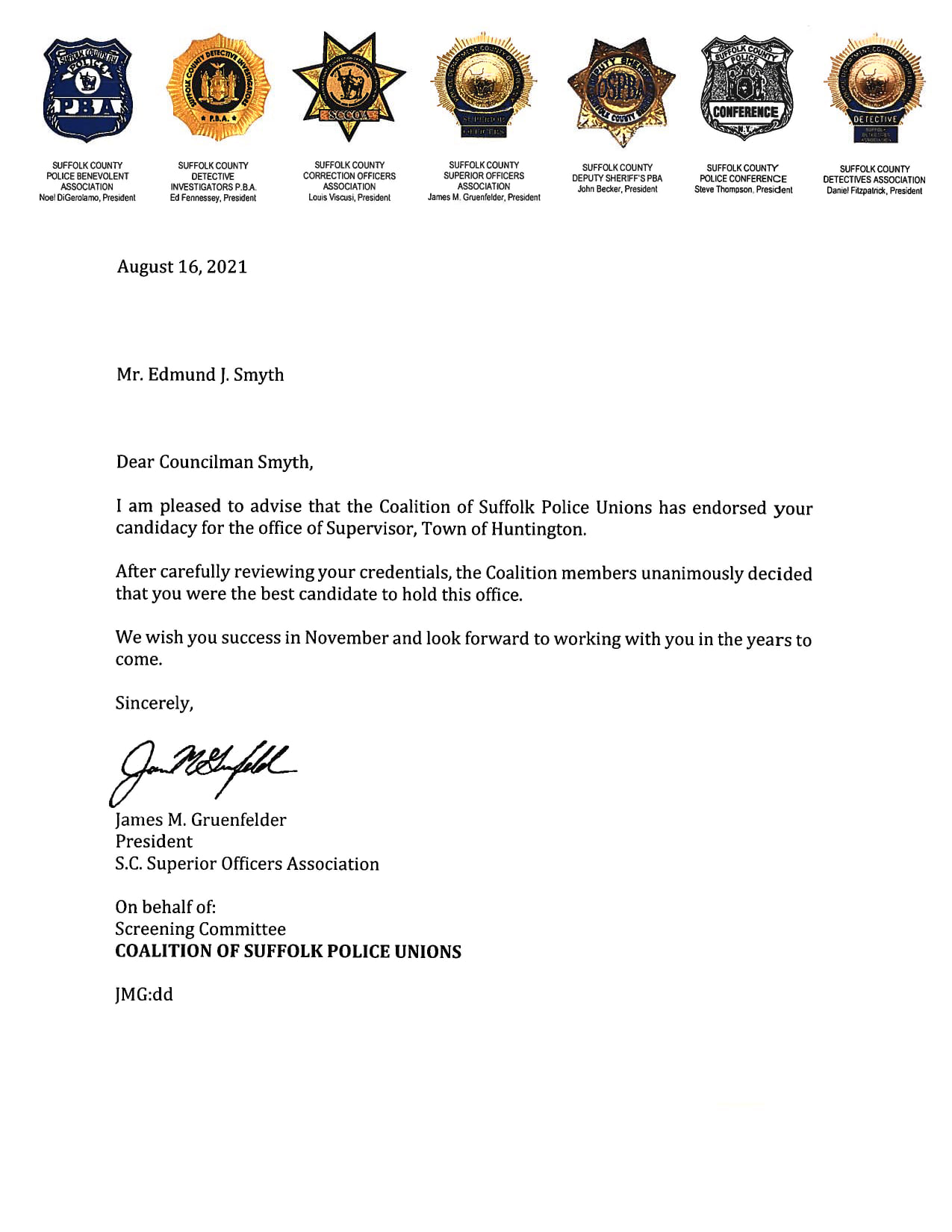 3. A Return to Overdevelopment and Infrastructure Neglect

Finally, Sanin’s vision for the future of Huntington is based on the construction of new high-rise developments across our town, with more traffic congestion, overcrowding in our schools and higher property taxes. That would have been the end result of a measure advanced by Democrats on the Town Board, along with Gene Cook, and supported by Rebecca Sanin which, thankfully, Councilman Ed Smyth and dozens of outraged town residents succeeded in preventing.

Sanin concluded her letter by stating that “Huntington residents deserve better than what we’re getting right now.” Under the leadership of Ed Smyth and the Republican Majority on the Town Board, we have held the line on property taxes after years of increases adopted by Democrats, passed a new law preventing overdevelopment to preserve the suburban character of our town, adopted ethics reforms and term limits to make town government more accountable and made important investments to protect and beautify our public spaces.

Voters understand that Rebecca Sanin and Huntington Democrats support a liberal agenda that would undermine the progress made under Republican leadership. That’s why they will elect Ed Smyth as Town Supervisor, Sal Ferro and Dr. Dave Bennardo to the Town Board, and Andre Sorrentino as Highway Superintendent this November.