"As a strong independent woman I find the attacks levied against Stephanie Bontempi by Councilman Mark Cuthbertson offensive. Inferring a woman's financial dependency on her husband is a personal attack and serves no campaign purpose. After over two decades in public office, you'd think Mark would have the ability to run on his own record rather than resort to gutter politics. Councilman Cuthbertson: You should be ashamed and apologize."

The former Town Clerk also expressed her disgust in a letter to the editor published earlier in October, as she was offended -- like many Huntington residents -- by Cuthbertson's baseless and sexist attacks on Stephanie Bontempi: 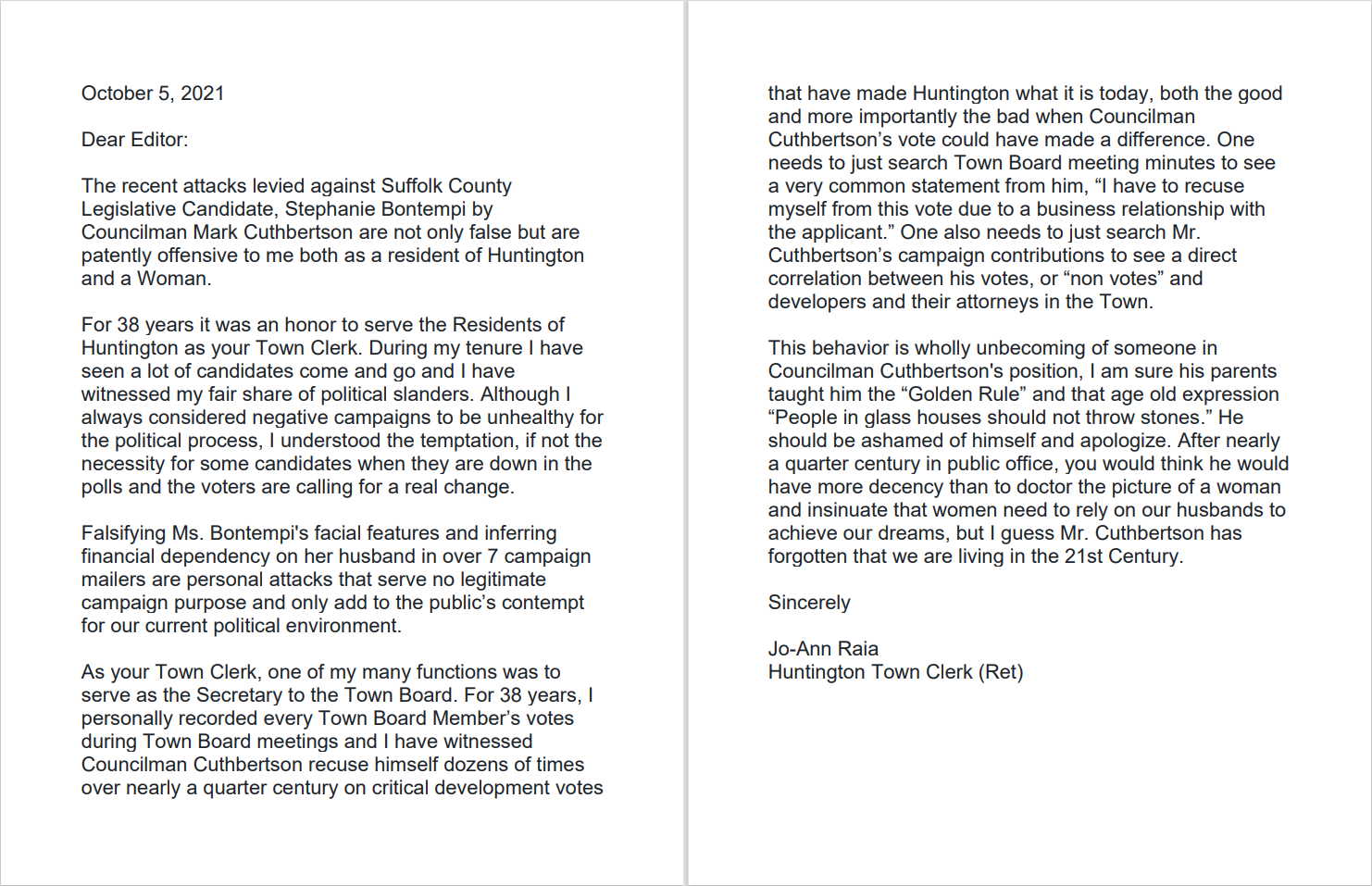 After sitting on the same Town Board dais for 22 of her 38 years serving in her official capacity as Secretary to the Town Board, former Town Clerk Jo-Ann Raia recorded every recusal and non-vote "Mr. Developer," Mark Cuthbertson, had to sit out of due to his relationships with countless developers.

Taxpayers will have something to celebrate, like they did in July when Cuthbertson announced he only had six months let on the Town Board, with his departure from the Town Board dais once and for all on December 31, 2021. Let's stop Mark Cuthbertson once and for all November 2, and put Republican-Conservative candidate Stephanie Bontempi in the 18th Legislative District seat on the County Legislature.