Two weeks ago, the owner and publisher of The Long Islander wrote an opinion piece in his paper blasting Mark Cuthbertson for his campaign's vile, sexist attacks on our Republican-Conservative candidate for County Legislator, Stephanie Bontempi.

Debunking the lies career politician Mark Cuthbertson slung in Stephanie's direction, Jim Kelly writes, "I invite anyone to go on the Board of Elections [website] and look at the list of contributors in their filing. I think you will find the mud thrown is false and misleading."

But that is only half the story. Cuthbertson is misleading voters in more ways than one with his attack mailings. 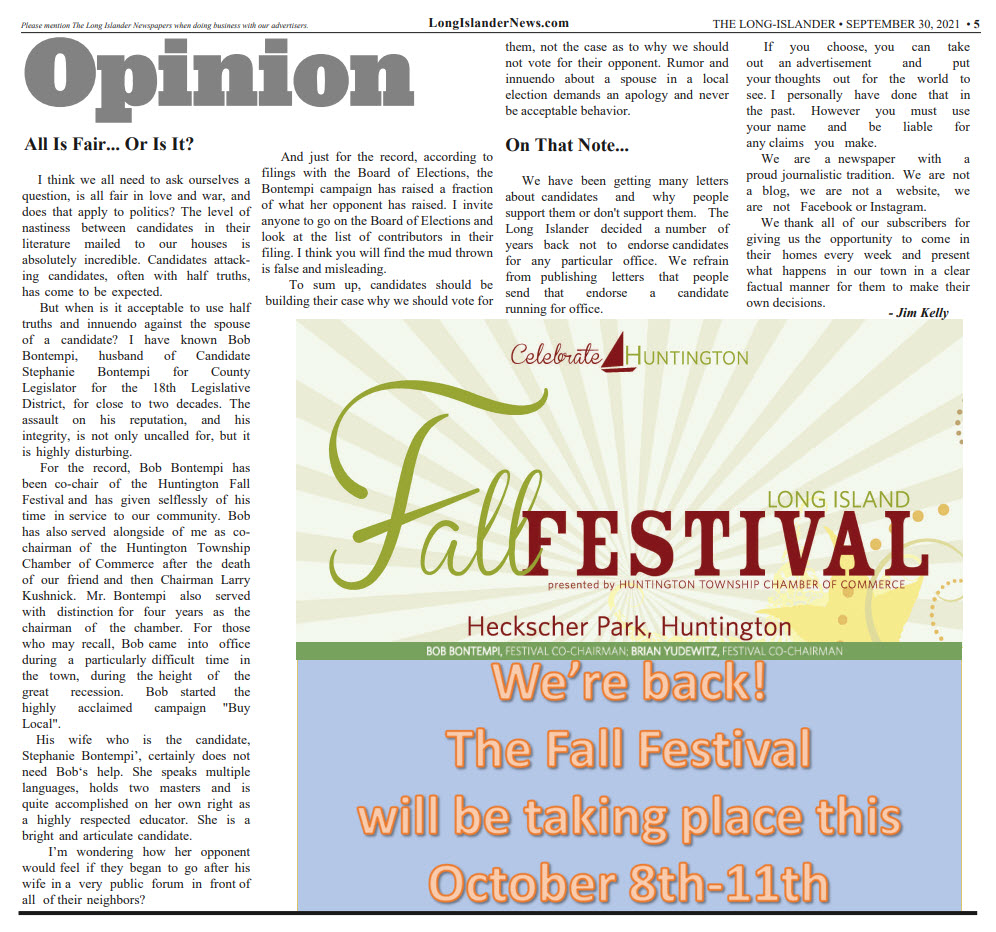 In addition to the sexist attacks Cuthbertson is making on Stephanie, he is also conjuring up lies and innuendo about her husband. It's no secret that Cuthbertson has a long history of voting for the interests of his biggest campaign donors and against the interests of the community. Two of the big lies, aside from taking credit for the new Republican Town administration's fiscal conservatism, are:

Fortunately, Ed Smyth proposed Zoning Code amendments that passed in 2020, putting a lid on Cuthbertson's overdevelopment and protecting our suburban infrastructure and environment from negative impacts of development.

In closing, Jim Kelly writes, "Rumor and innuendo about a spouse in a local election demands an apology and [will] never be acceptable behavior."

We agree with Mr. Kelly and encourage you to attend the Town Board meeting on Wednesday, October 13 at 7:00pm and put your feelings on the record during the Public Portion of the meeting about Mark Cuthbertson's vile campaigning against Stephanie Bontempi because she and the voters deserve better than that.