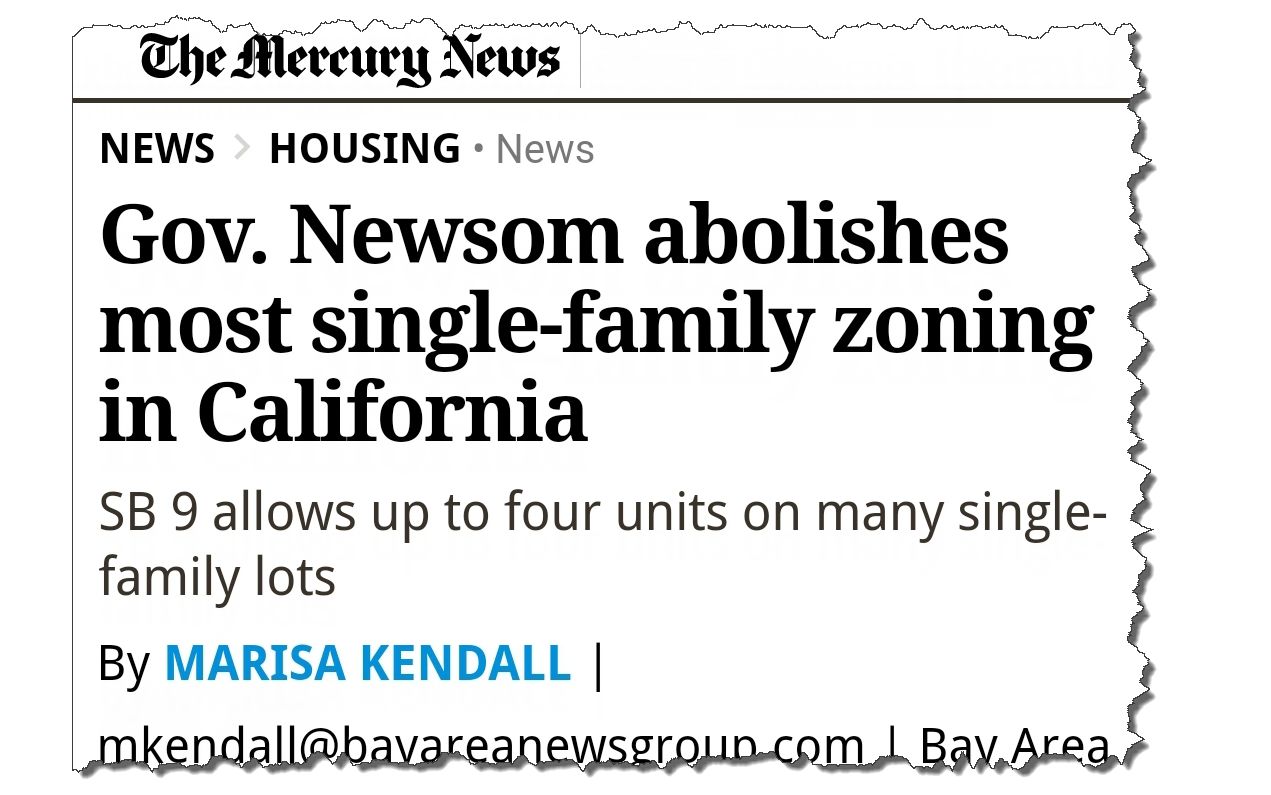 On the federal, state and local levels, Democrats are working to end single-family zoning and jeopardize our suburban quality of life.

In Washington, Joe Biden’s plan is to “force suburban towns with single-family homes and minimum lot sizes to build high-density affordable housing smack in the middle of their leafy neighborhoods — local preferences and local control be damned.”

Liberal state governments like New York and California are attacking suburban zoning laws too. In September, California “essentially abolished single-family zoning” when a new law was adopted allowing the “development of up to four residential units on single-family lots" across California. This new law has been called a “radical density experiment” that will enable developers to remake neighborhoods without community input.

In Huntington, Mark Cuthbertson, Gene Cook and the Democrats, led by Rebecca Sanin, tried to pass a law that would allow high-rise apartments to be built all across town—overcrowding our streets, overwhelming our schools and overburdening property taxpayers.

Thanks to Ed Smyth and strong community support, we stopped them—for now.

ONLY YOU CAN SAVE OUR SUBURBS. 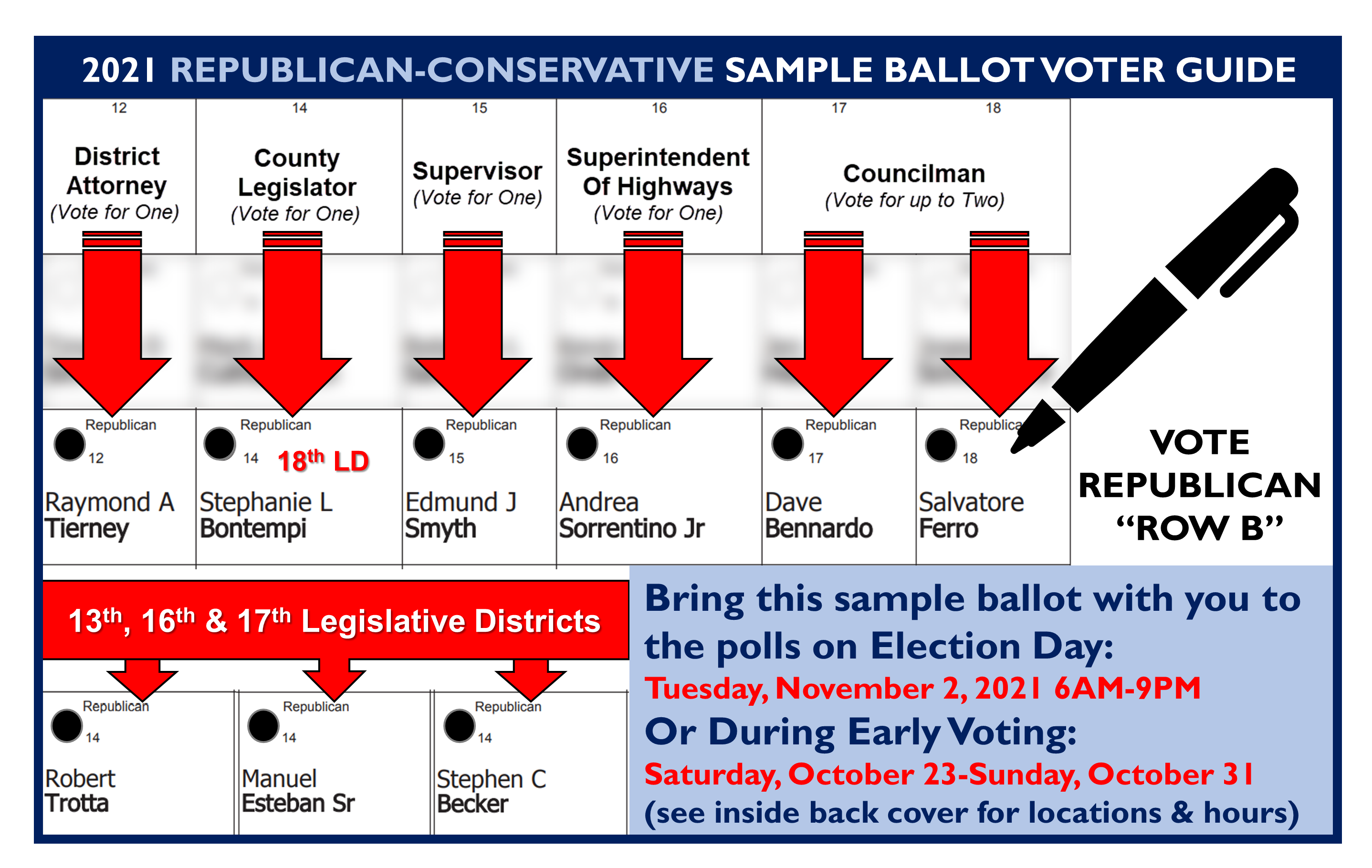 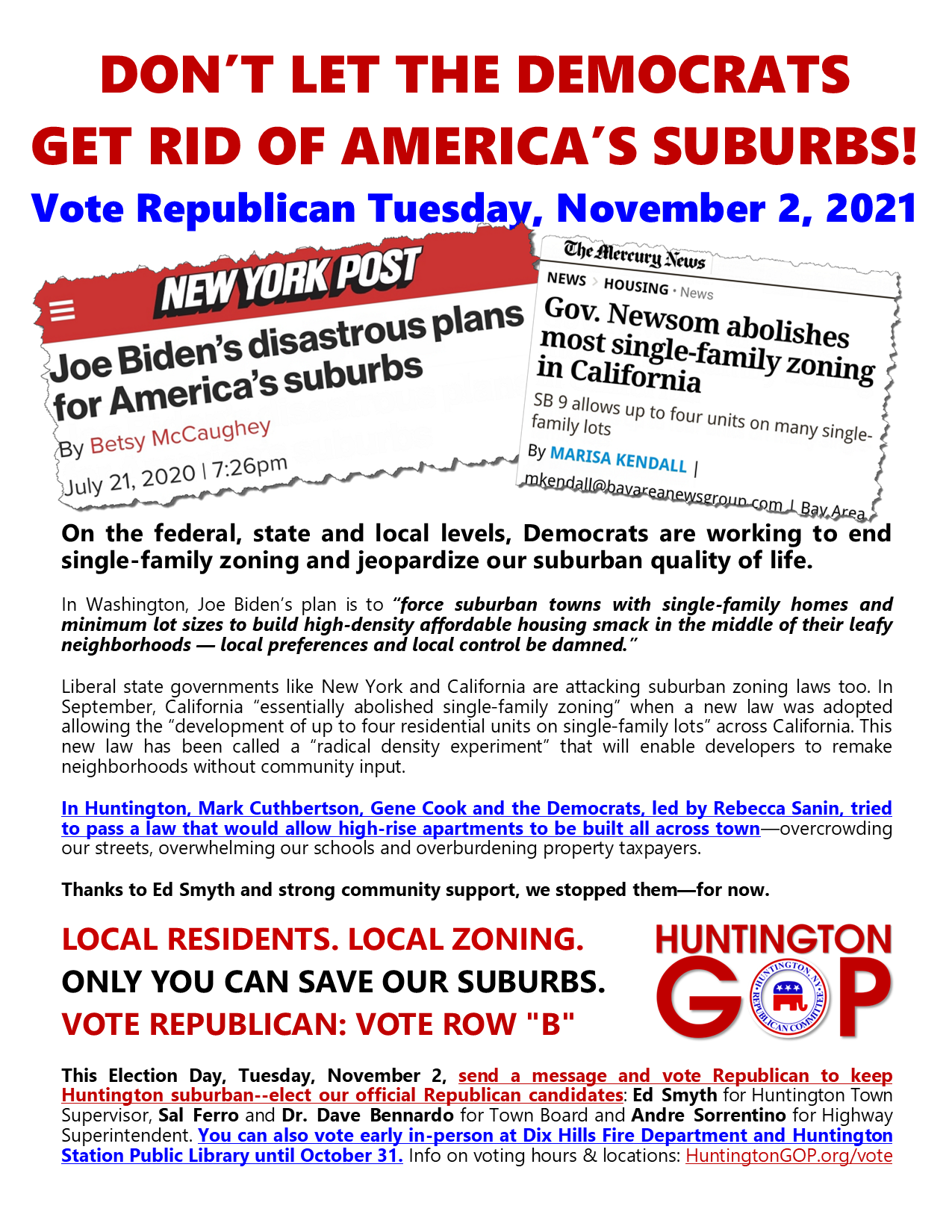