Assemblyman Lupiancci recently sat down with the Huntington Township Chamber of Commerce’s Government Relations committee to outline his legislative agenda for the upcoming session. 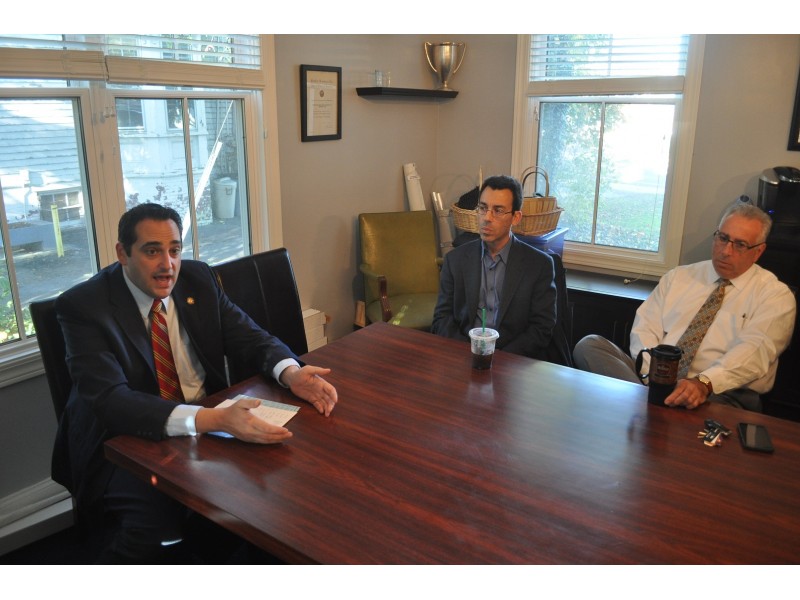 Assemblyman Chad A. Lupinacci (R, C, I – S. Huntington) outlined his goals for the upcoming legislative session during the Huntington Township Chamber of Commerce’s meeting of the Government Relations committee Friday.

“Like most New Yorkers, the main concerns I’ve heard throughout the community are fixing the state’s education system, higher education affordability, and reforming ethics laws so we can crack down on corruption,” said Lupinacci. “I’m looking forward to returning to Albany to make sure these concerns are addressed in the upcoming legislative session.”

To further build on reducing the Gap Elimination Adjustment (GEA) by $400 million in the 2015 budget, Lupinacci said another $400 million is expected to be restored this year. The state funding clawback has cost school districts millions of dollars in funding since being instituted in the 2009-2010 school year.

The Assemblyman also vowed to push for ethics reform including, term limits for leadership positions, creation of an independent ethics board, and a mandate to strip elected officials convicted of felonies of their state pensions.

Other legislative priorities for 2016 include, eliminating the MTA payroll tax for community colleges and all businesses; legalizing mixed martial arts in New York State; offering incentives to school districts to utilize alternative energy sources; requiring the inclusion of organ donation education in high school health curriculum, and streamlining the process of becoming a donor. Efforts also will continue toward deterring teens from texting and driving.