Joan Cergol is an unelected career bureaucrat who left the Town of Huntington Community Development Agency (CDA) $1 million dollars in debt to the taxpayers of Huntington when she resigned last year. The outgoing Democrat Town Board, led by former 24-year Supervisor Frank Petrone, appointed Cergol as an unelected Democrat member of the Town Board at their final meeting of 2017, in total defiance of Huntington's voters, who rejected the Democrats' policies when they voted for Chad Lupinacci, Ed Smyth and a New Direction!

To add insult to injury, as CDA Director, Cergol made $2,500 monthly payments to a fund in the name of Huntington Station's biggest slumlord as part of a deal the CDA and Economic Development Corporation (EDC) made years earlier, when Cergol was the Executive Director of the EDC, to purchase 1264-1268 New York Avenue from the notorious landlord whose neglect has allowed crime and gang violence to infiltrate Huntington Station. 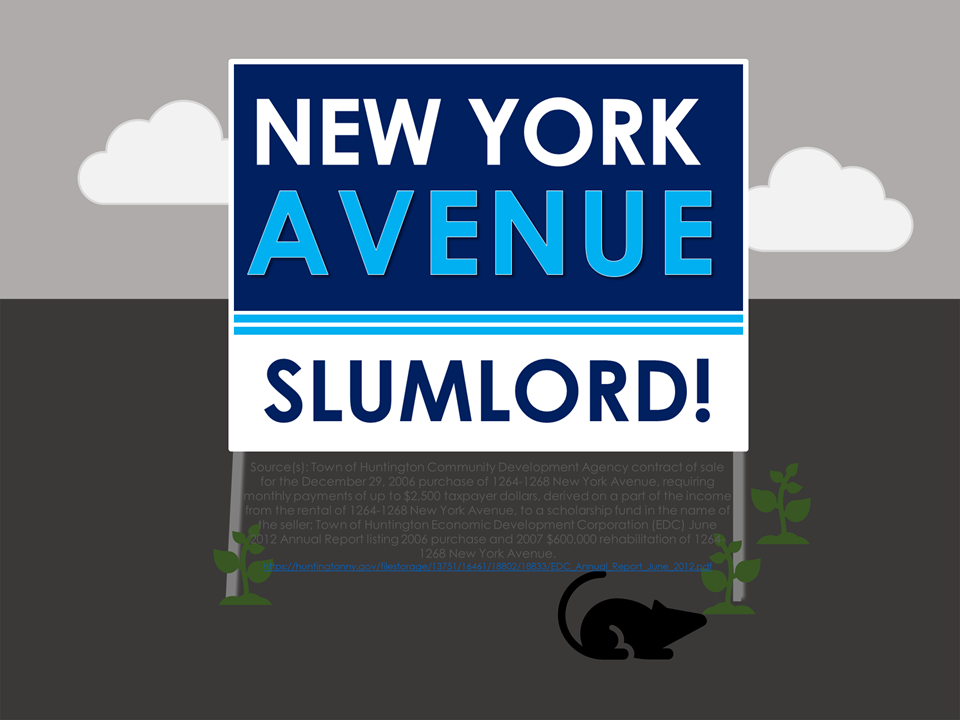 This deal, which leaves taxpayers on the hook for a scholarship fund that gives credit to the slumlord -- who contributes no money into this fund for which Cergol gave him credit -- also took the New York Avenue property off the tax rolls, creating a larger burden on the Huntington School District. Cergol's administration of this scholarship in the name of this slumlord is an insult to the residents of this school district who have suffered innumerable public safety and quality of life issues due to the problem properties owned by this notorious landlord.

The CDA's contract of sale for the purchase of 1264-1268 New York Avenue required monthly payments of up to $2,500 taxpayer dollars, derived from the rental of 1264-1268 New York Avenue, to a scholarship fund in the name of the seller. The revenue the CDA earns on behalf of the Town's taxpayers on the rental of two residential apartments in the building comes out of the taxpayer's pockets to fund a publicity vehicle for the slumlord. 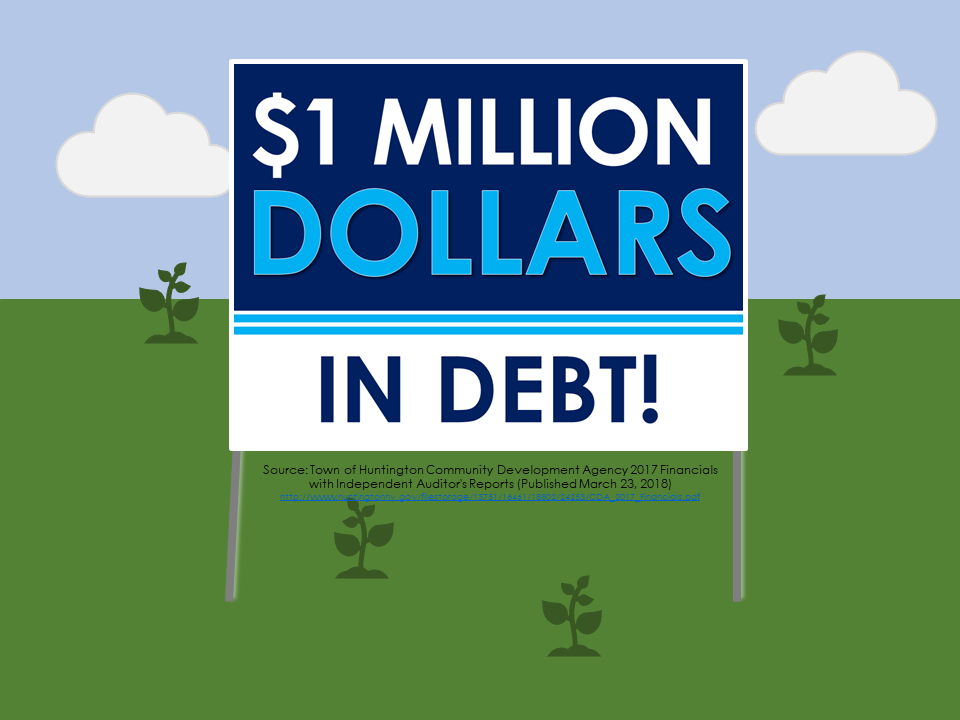 The EDC June 2012 Annual Report lists the 2006 purchase and 2007 $600,000 rehabilitation of 1264-1268 New York Avenue into luxury office space. Remember all of former Councilwoman Tracey Edwards' family members on the Town payroll? Guess who the only two people working in this building were related to -- connecting the dots yet? That's right, the only two people working out of those luxury offices were former Councilwoman Tracey Edwards' family members -- and Joan Cergol provided these political allies luxury renovated office space on the taxpayer dime while Town Hall was falling apart in disrepair..

For someone tasked with economic development in the Town, leaving taxpayers $1 million dollars in debt with a questionable history of decision-making makes Joan Cergol the wrong direction for Huntington. We can't afford this career bureaucrat.

Joan Cergol will move the Town of Huntington backwards in the wrong direction. Vote Republican