Victory for LaLota! We did it -- THANK YOU. 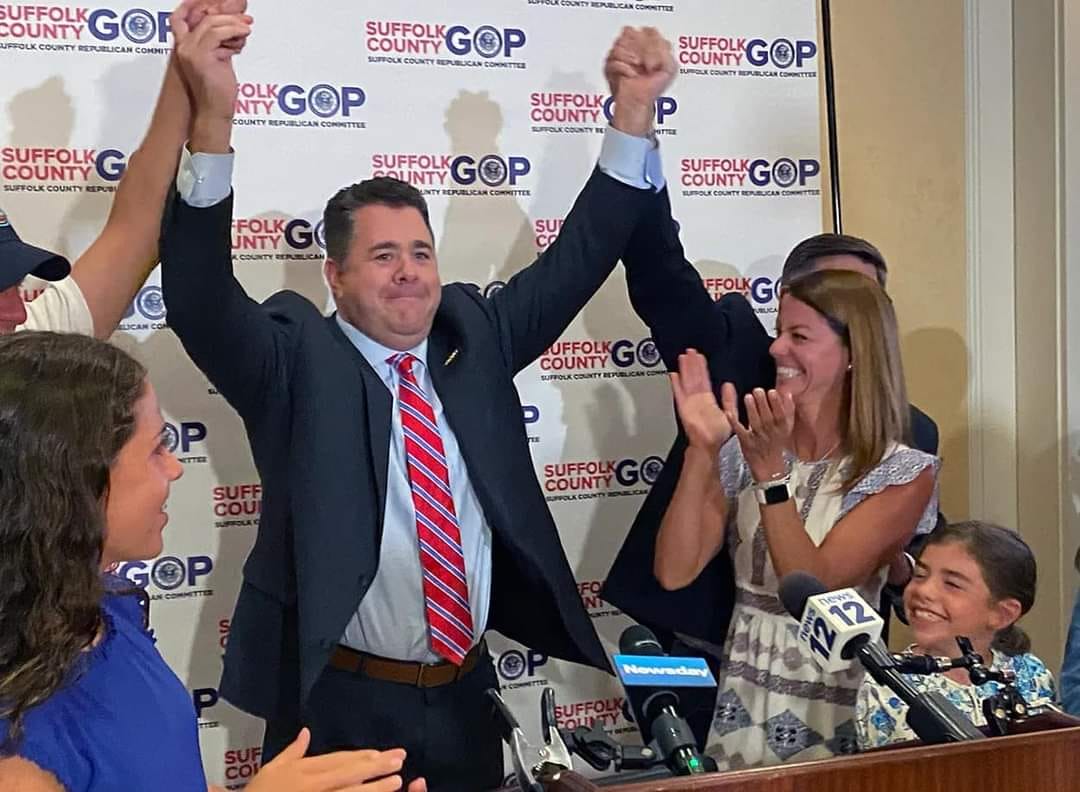 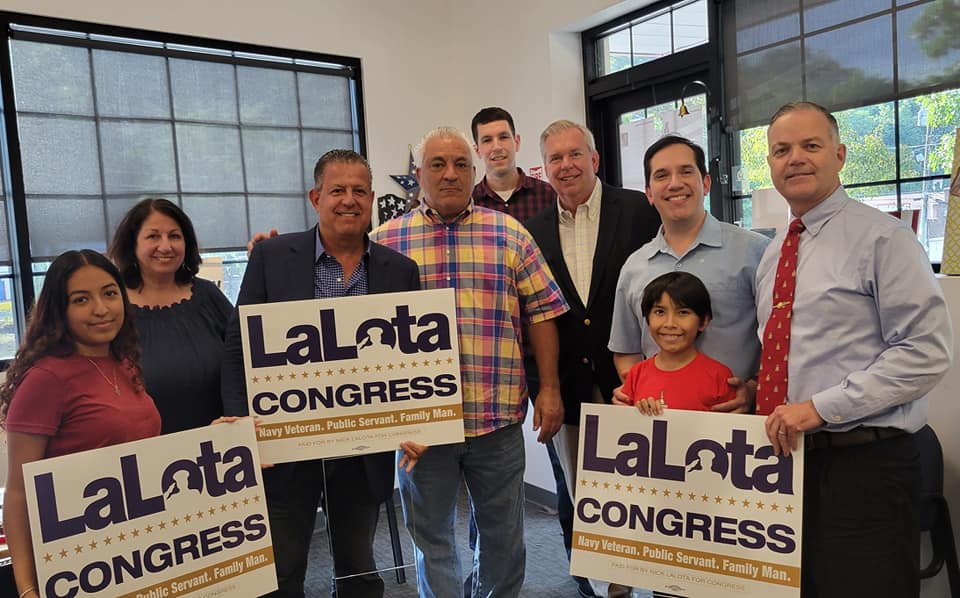 At approximately 10:30 PM Tuesday night, I stood next to Suffolk County Republican Party Chairman Jesse Garcia as he took to the mic to announce that Nick LaLota won the Republican Congressional Primary! 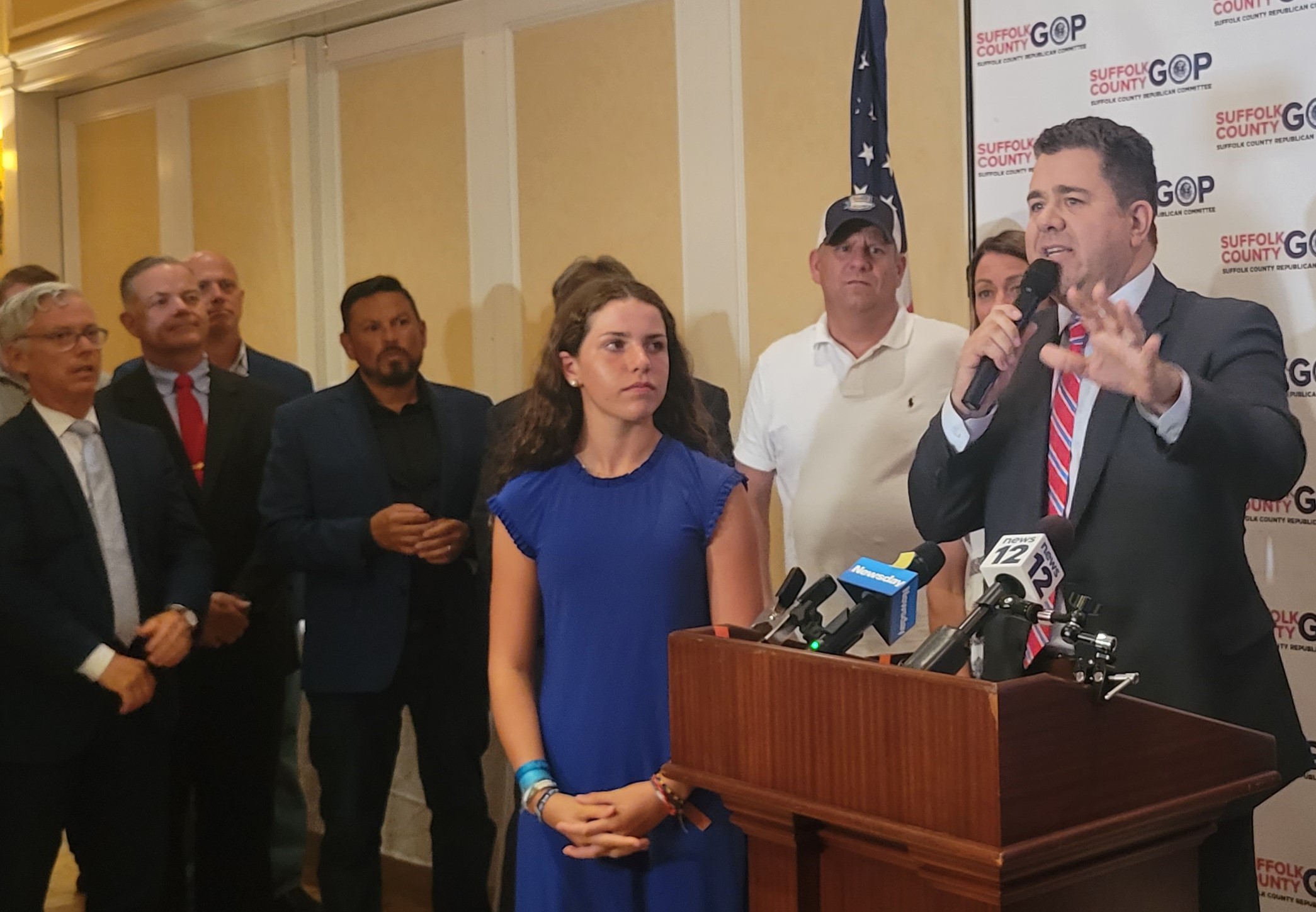 Our Party's officially endorsed candidate for Congress, Navy Veteran Nick LaLota, will rightfully take his place on both the Republican Party and Conservative Party ballot lines this November.

We do not take this victory lightly -- it is because of you and the dedicated supporters of the Huntington Republican Committee, working around the clock, evenings, weekends, through the oppressive heat, and battling flash floods during our Get Out The Vote effort on Primary Day -- that we won this together! 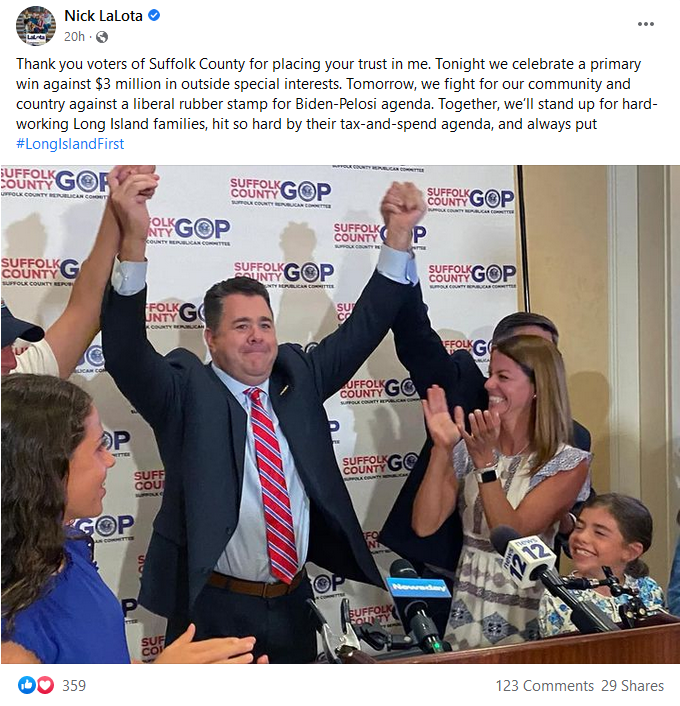 Here is a victory message from our official Republican and Conservative candidate for Congress, Nick LaLota:

"Thank you voters of Suffolk County for placing your trust in me. Tonight we celebrate a primary win against $3 million in outside special interests. Tomorrow, we fight for our community and country against a liberal rubber stamp for Biden-Pelosi agenda. Together, we’ll stand up for hard-working Long Island families, hit so hard by their tax-and-spend agenda, and always put #LongIslandFirst"

With your help over the next 11 weeks, we'll send Nick to Washington, D.C. and FIRE NANCY PELOSI.