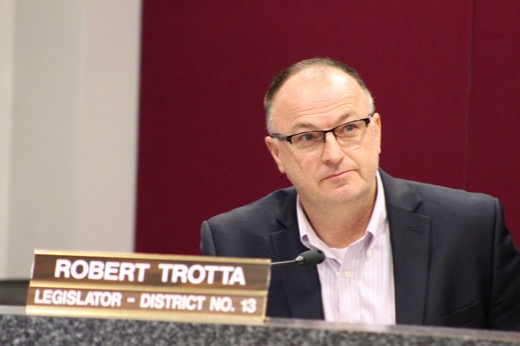 Recently members of the Suffolk County Legislature’s Budget and Finance Committee voted to bury legislation that would have required county departments to provide justification for proposed fee increases. The bill called for department heads to provide a detailed description of the costs incurred by the department or agency for which a fee is charged along with the revenue generated from a given fee. In short, departments would have to demonstrate that a fee increase is warranted before lawmakers could vote to place further financial burdens on the public.

Somewhat surprisingly, a majority of committee members voted to table the bill “subject to call” with no debate, effectively killing the legislation. Apparently, what seemed to be a relatively simple, good-government bill provided a little too much transparency for the committee? This vote sent a clear message that the money grabs will continue regardless of justification. In the past two years alone the county has increased its revenue from fees more than 100% in order to prop up its ailing budget. For instance, one year after the county raised its Tax Map Verification Fee from $60 to $200 it added a new phantom $300 charge for the verification of tax map numbers on all mortgage instruments. A $300 fee with no additional service rendered that the administering agency didn’t even ask for? And ask county beach goers or campers if they are feeling the pinch from recent fee increases. And, God forbid you get a red light ticket, the fine itself is going to be nothing compared to the increased county administrative fees on the way.

New fees and rate hikes have been added in many cases with relatively little information and without the benefit of studies, concrete data or analysis. However, it has mattered little to most lawmakers, who have seized every opportunity to squeeze as much money out of Suffolk’s residents as possible while limiting pushback at the polls. While tax is a dirty word in politics, fees impact fewer people in a more limited way and therefore are generally more sellable.  Nonetheless, these fee increases are essentially a backdoor tax that the County Executive and a majority of legislators have chosen to exploit, and, if this vote is an indication, intend on continuing to do so.

The legislators who sit on the Budget and Finance Committee had an opportunity to do the right thing for the people of Suffolk County by taking a reasonable, responsible step toward ensuring that fees are both necessary and appropriate, but instead they chose to squash this common sense initiative. I suppose such transparency may have forced them to confront an inconvenient truth – to the extent that fees charged are exacted for revenue purposes or to offset the cost of general governmental functions they are invalid as an unauthorized tax. Better to just avoid the facts, they tend to get in the way.