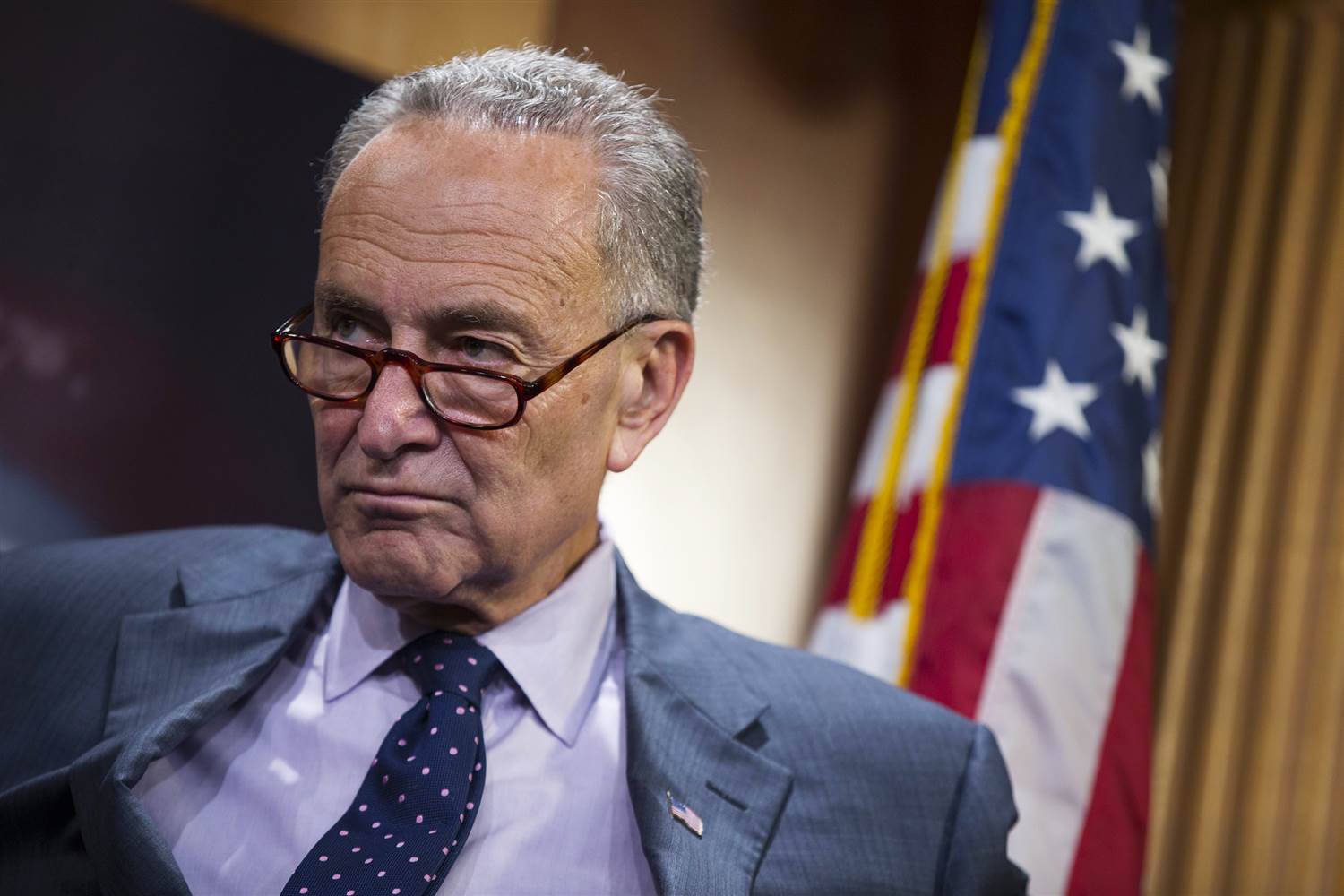 Before Anyone Can Even Be Nominated, Senate Dem Leader Pledges To Create The "Judicial Chaos" He Decried Just This Past Summer

NOW: On MSNBC, Schumer Pledges To Do All He Can To Block President-Elect Trump's Yet To Be Named Supreme Court Nominee, Fighting To Keep The Empty Seat Open. MSNBC'S RACHEL MADDOW: "Is there an argument to be made, though, if it is a fair statement that that was basically a stolen seat, so it isn't theirs to fill, then in that case, no nominee would be legitimate because that seat should have been filled by president Obama." SEN. CHUCK SCHUMER (D-NY): "It's hard for me to imagine a nominee that Donald trump would choose that would get republican support that we could support. So you're right." MADDOW: "And so you will do your best to hold the seat open." SCHUMER: "Absolutely." (MSNBC's Rachel Maddow Show, 1/3/17)

THEN: Just This Past June, Schumer Claimed That A Supreme Court With A Vacant Seat And A 4-4 Vote Tie Could Lead To "Judicial Chaos." "'Senate Republicans need to do their job and give Judge Garland the hearing and vote he deserves because the American people deserve a fully functioning court,' said Senator Chuck Schumer (D-NY). 'Having a deadlocked, 4-4 court could lead to judicial chaos surrounding environmental protections, voting rights, and so many other issues that are important to everyday Americans. This delay has gone on long enough, it's time for the Senate to do the job we were elected to do.'" (Press Release, "Sens. Schumer And Whitehouse Join LCV, State LCV To Call On Senate To Fulfill Constitutional Duty On SCOTUS Vacancy," League Of Conservation Voters , 6/8/16)