Sal Ferro for Town Board

Salvatore Ferro, President, CEO and owner of Alure Home Improvements, is a philanthropist and current member of the Town of Huntington Zoning Board of Appeals, appointed as a full member in December 2019 after serving as an alternate member since November 2018. 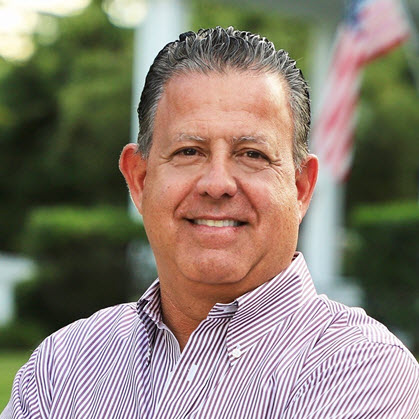 Ferro started his career with Alure Home Improvements in 1989 as a production manager; after serving in production, sales, and general management roles, Ferro took on the roles of President and CEO in 2002. With Ferro’s leadership and remarkable people skills, Alure grew from a small painting contractor to one of the most successful remodeling companies in the country. Ferro believes the key to a successful company is its people and he has worked to promote a team attitude that focuses on an inclusive culture, where employees are encouraged to share input and attend personal development training.

Ferro, one of the most respected leaders in the home improvement industry, and Alure, one of the most successful remodeling companies in the country, have received numerous accolades for their work. Ferro and Alure Home Improvements’ remarkable reputation enabled them to participate in the hit ABC television show Extreme Makeover: Home Edition where they completed eight projects for the show.

Ferro, a member of the Huntington Hospital Board, boxed in Long Island’s Fight for Charity in 2013, which he now hosts annually. In 2014, Ferro was honored by the Long Island Association with the Harry Chapin Humanitarian Award for Community Service. In 2017, Ferro created the Ferro Foundation, which focuses on helping Long Island students, seniors and veterans. Ferro lives in Commack with his three children, his new bride Molly and her daughters.