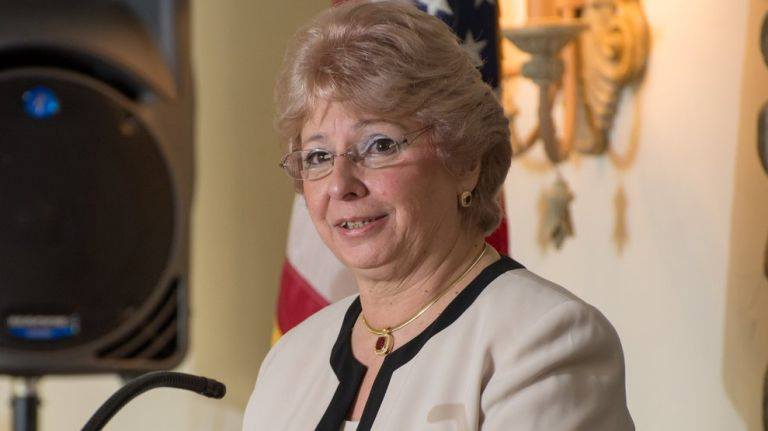 Huntington, NY – The Town of Huntington’s first and only woman Town Supervisor, former Assemblywoman and current Huntington Republican Committee Chairman Toni Tepe lost her battle with cancer on April 8, 2020, just nineteen days after her husband Phil, Commissioner of the Dix Hills Fire Department and an accomplished public servant in his own right, passed away unexpectedly on March 20, 2020.

Born Antonia Patricia Bifulco in Manhattan on October 20, 1944 to Pasquale Bifulco and Mary (Finello) Bifulco, Toni was raised in Huntington and graduated from Huntington High School. She went on to attend Katherine Gibbs School in Melville and work as an administrative assistant in the Suffolk County courts.

After marrying John B. Rettaliata, Jr., Toni ran for elected office under her married name, Toni Rettaliata, and became the second Republican woman, and third and only woman, to ever hold the office of New York State Assemblymember from the Town of Huntington. Toni followed in the footsteps of Huntington Republican suffragette Ida Bunce Sammis, the first woman to ever serve in the New York State Assembly, and succeeding Mary Rose McGee, a Democrat, in the 8th Assembly District (1979-1982), then, after redistricting, serving in the 10th Assembly District (1983–1987). Assemblywoman Rettaliata notably secured the first $31,000 in funding that allowed former Town Clerk Jo-Ann Raia to build the award-winning and history-making Huntington Town Clerk’s Archives and Records Center.

In 1987, Toni Rettaliata was elected Town of Huntington Supervisor and served the then two-year term as the first and only woman to ever hold the office (1988-1989); she was responsible for the formation of the Town of Huntington Veterans Advisory Board.

Toni remarried in 2000 to Phil Tepe. Toni Tepe was elected Chairman of the Huntington Republican Committee in 2006 and served as its leader until her death; Chairman Tepe was responsible for the 2017 local election in which the Republican party won control of the Huntington Town Board for the first time in 24 years.

“Huntington Republican Committee Chairman Antonia "Toni" P. Rettaliata-Tepe (October 20, 1944-April 8, 2020) was a strong Republican leader and a trailblazer. She was the last of the only three Huntington women to have held a seat in the New York State Assembly (1979-1987) and she was the first and only woman Huntington Town Supervisor to ever hold that office, when the term of office was two years (1988-1989).

“Toni was a tough lady who did not accept no as an answer to anything. She had a stare that made tough men shake. Toni Tepe was a leader, a strategist, and a former elected official who cared deeply for her family, her political party, and her town. This iron lady could have a gentle voice and surprise you with unsolicited (and correct) advice about your personal life. You always knew where you stood with her. There was no pretense and no pretending.

“Toni always knew who she was dealing with and what kind of person they were. A Margaret Thatcher quote appropriately describes Toni's keen intuition: "I usually make up my mind about a man in ten seconds, and I very rarely change it."

“Toni spent the past several months fighting cancer but it should provide some comfort that she is no longer suffering and has been reunited with her dear husband Phil, who we also lost less than three short weeks before her passing.

“Rest peacefully, Chairman Tepe, and the Huntington Republican Committee will keep the good fight going to promote the conservative Republican philosophy you fought and carried the torch for over many decades. We are lucky to have had someone of your "caliber," as you would say, leading us for the past decade.”

Born in Rockville Centre and raised in Dix Hills, Philip H. Tepe (January 15, 1949-March 20, 2020) was a Vietnam Veteran, Commander of the Nathan Hale VFW Post 1469, and served on the Town of Huntington Veterans Advisory Board, which his future wife established during her time as Town Supervisor. Phil served as a Suffolk County Deputy Fire Coordinator, a Town of Huntington Fire Marshal and was a great leader in his own right, most recently serving as Commissioner of the Dix Hills Fire District, of which he was an ex-Chief, Badge #207 and 52-year member of Engine Company 2.

M.A. Connell Funeral Home has handled private family-only services at this time. A public memorial service will be held at a later date to be determined.

On March 22, 2020, the Tepe family, including Toni, issued this statement:

“We are truly humbled by the amount of support and love being shown for Chief Tepe and our family in this unthinkable time, we understand that a lot of people are hurting with us and we continue to take this one day at a time. If anyone would like to do something in Phil’s honor, we ask you make a donation in his name to the Terry Farrell Firefighters Fund, Terry Farrell was one of Phil’s best friends and in the years after 9/11 Phil worked closely with the Farrell Brothers and did many great things for firefighters and fire departments across the country. Although Chief Tepe will be irreplaceable we will carry on as he would expect us to, and we all are better off for having a man of his caliber in our lives.”

“Some people spend their lives making a living. Toni Tepe, however, saw public service as a core value, dedicating her live to creating a greater vision of hope and achievement for our community and our children," said Suffolk County Republican Committee Chairman Jesse Garcia. "As a former member of the State Assembly, Town Supervisor, a local newspaper publisher and Republican leader, she enriched the world by giving of herself to her community. I was proud to know Toni Tepe for more than half my life, and her passing is truly a loss for Long Island.”

"Toni Tepe was there throughout much of my life – she was a family friend who watched me grow, a mentor who nurtured my career, a colleague who was stood up for the people of Huntington and a proud Italian woman who shattered the glass ceiling.  She was tough, she could and would listen, she expected results and she was willing to work harder than anyone she ever asked for help.  But most importantly, she was loved by her family and her extended family - a family I feel fortunate to consider myself a part of.  With her passing, there is a void that will never be filled and she will be sorely missed by all who knew her," said New York State Senator John Flanagan.

“As a State Assemblywoman, Town Supervisor and Town Republican Leader Toni helped to define a generation of Long Island government and politics. She spent her lifetime providing the leadership necessary to advance the Huntington community and her dedication and vision will be sorely missed,” said Suffolk County Legislator Robert Trotta.

"Toni Rettaliata-Tepe was someone who was and is very near and dear to my heart, as she has been an integral part of my life for more than two decades.  To say that Toni was a mentor to me would be an understatement.  Toni was first a member of the New York State Assembly, representing the 10th Assembly District – the same district I had the pleasure of representing years later.  Toni then went on to become the first female Supervisor (the only one to date) of the Town of Huntington – the same office I am blessed to be in today. Suffice it to say, her similar career path equipped her with untold knowledge and insight on the workings of our community and government; all of which she generously shared with me.  However, it was her love for the community that inspired me to continue to do good works through public service. It should provide some comfort that Toni is at peace and has been reunited with her beloved husband Phil, who the Huntington community lost less than three short weeks prior to her passing," said Huntington Town Supervisor Chad Lupinacci.

“Many people know of Toni’s political career, not only being a member of the NYS Assembly (1979-1987), Huntington Town Supervisor (1988-1989), and the Republican Chairwoman as long as I have known her,” stated Huntington Town Councilman Eugene Cook. “More importantly, Toni was a dear friend, loving wife, adoring stepmom and grandma, who cared deeply for Huntington.  Toni and I may have not always agreed on the politics of Huntington, but I always had great respect for her, and valued her opinion, friendship and the passion she had for her hometown.  She will be missed by many, but I know that she is where she wanted to be, by her husband Phil’s side, in a place filled with peace.  I have and always will admire the love they had for each other and their family, and together they will not only watch over their loving family, but also, the Town of Huntington.”

"Toni Rettaliata-Tepe will be remembered as a giant in Huntington’s history. She was a great example for young women to look up to as a member of the NYS Assembly; the first woman Supervisor in our town’s 300 year history; and the second woman to lead the Huntington Republican Committee. She was a tough political boss in every sense of the word. She will be sorely missed but fondly remembered," said Huntington Town Councilman Ed Smyth.

“I’ve known Toni virtually my entire life. As a former NYS State Assemblywoman and family friend I often consulted with her during my service in the Assembly. As a Town Supervisor she tackled a host of difficult issues that helped make Huntington a better place to live today, and as a political leader she fought hard day in and day out to help elect the most qualified candidates. Her service to the Residents of the Town of Huntington will be sorely missed. My heart goes out to their entire family. Losing a loved one any time is difficult, with the passing of her husband less than a month ago, losing two family members in such a short period of time is a tragedy,” stated Huntington Town Clerk Andrew Raia. 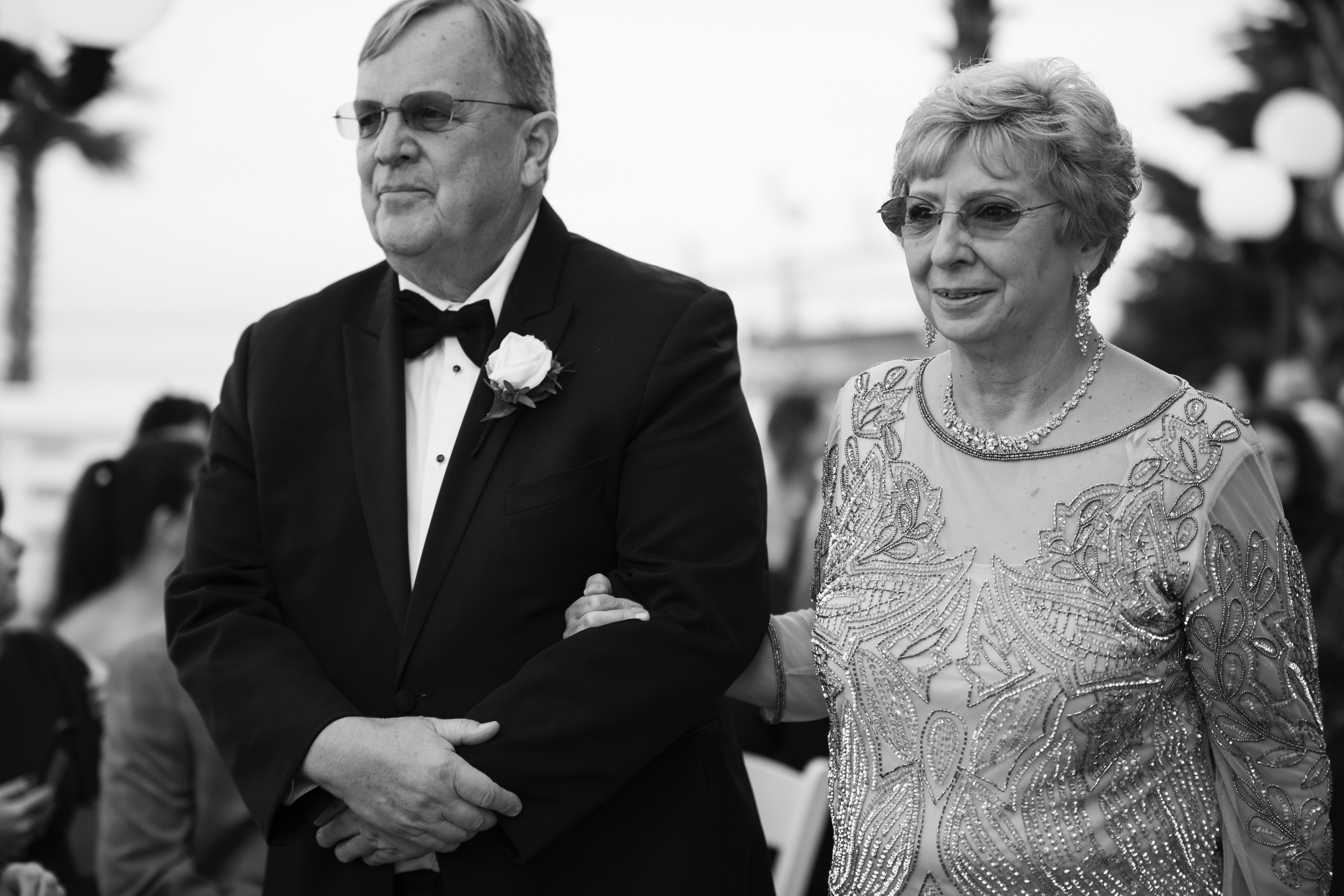