Unionized workers should get behind Donald Trump. Leaders of organized labor will see things differently, and that’s a tragedy for their members.

by Peter Morici for The Washington Times 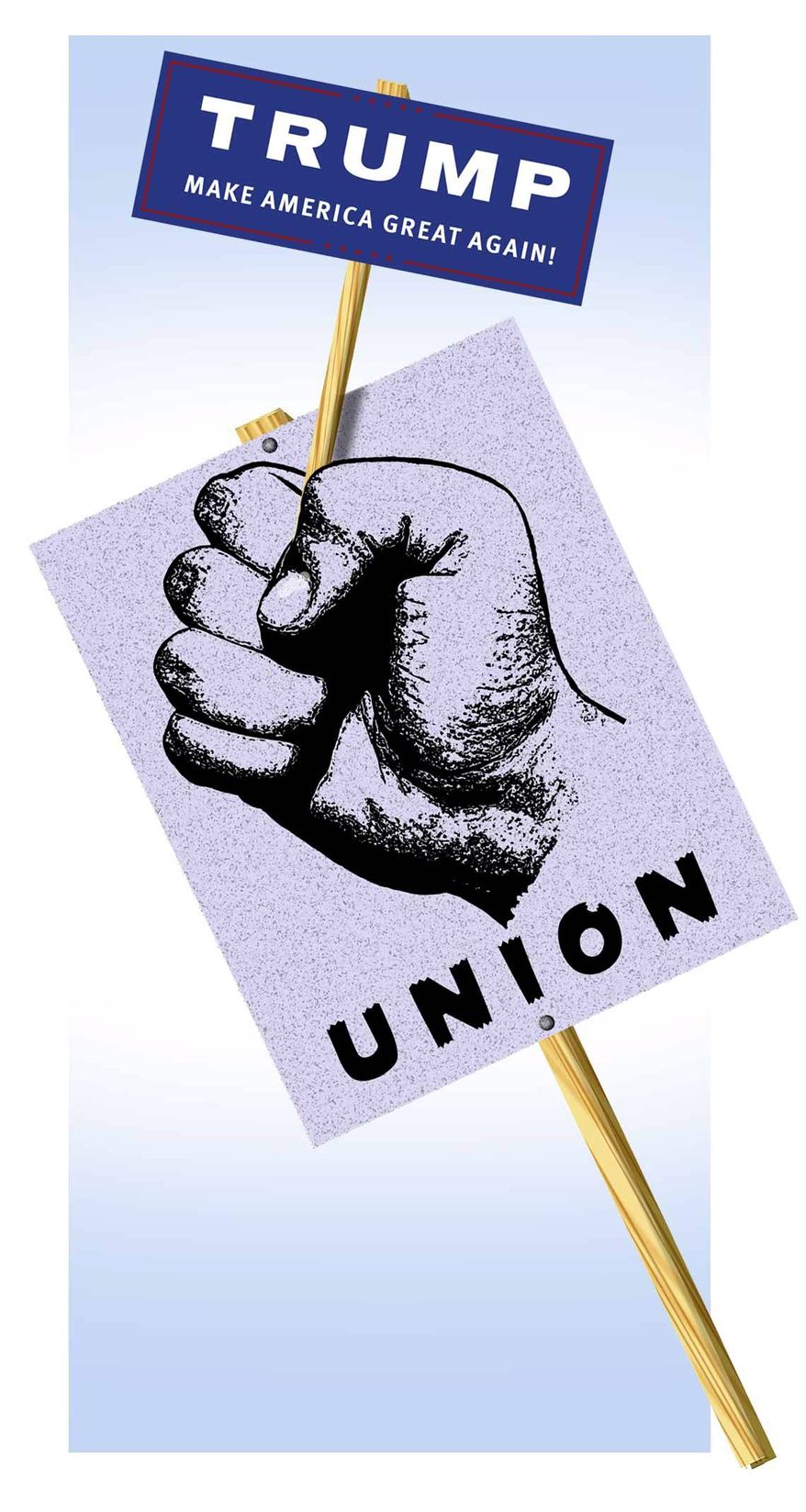 As organizers frequently preach, workers join unions to make a better life for themselves and their families. At the most basic level, that comes down to using collective bargaining to win higher wages, better benefits and more reasonable working conditions.

Too often, however, unions use workers’ dues to support a liberal social agenda that many rank-and-file members may oppose or at most feel neutral about — for example, union support for the Democratic Party agenda on abortion and gay-transgender rights, and appointment of radically liberal Supreme Court justices who circumvent the Constitution to directly legislate what liberals can’t win in Congress and state legislatures.

More directly harmful to unionized workers is support of the Democratic Party agenda on wages and workplace conditions — subjects handled directly for union members through their hard-won contracts.

For example, increasing the minimum wage in New York City won’t raise pay for unionized city transit workers or policemen but it will raise their cost $10 to $15 a week for buying morning coffee and lunch at takeout restaurants.

The same goes for President Obama’s new rules requiring overtime pay for salaried employees earning up to $47,476 a year. Higher pay for managers at restaurants, supermarkets, department stores and the like will translate into higher prices for meals away from home, groceries, clothing and many other essentials of everyday life.

In fact, by shuttering some of those and other businesses, federal intervention will slow economic growth, drive up unemployment and generally result in fewer private-sector union jobs — for example, in the retail and wholesale distribution, food processing, trucking and other industries.

During the Obama presidency, union participation in the private sector has fallen to below 7 percent. The president’s severe regulations regarding domestic energy production at large, unionized oil companies, his agenda on carbon-dioxide emissions and other environmental issues, and restrictions on banks that curtail lending to smaller enterprises have contributed mightily to the continued decline of American manufacturing, where some of the best-paying union jobs remain.

During the 2008 campaign, Candidate Obama promised to back “card check.” That would permit unions to organize workplaces by obtaining the signatures of a majority of workers on pledge cards instead of holding conventional elections. After he was elected, Mr. Obama walked away from this promise.

However, what is really salting the land for private-sector unions and destroying so many good-paying jobs is Mr. Obama’s failure to take effective action against Chinese, Japanese and other Asian governments’ currency manipulation.

The 4 million jobs lost to the trade deficit are largely manufacturing jobs, a sector where unions are strongest.

Donald Trump has promised repeatedly to get tough with China and other currency manipulators. Hillary Clinton has done the same but she has flipped on this issue.

As secretary of Sstate, Mrs. Clinton supported the Trans-Pacific Partnership, which would further open U.S. markets to imports from Asia but without adequate provision to effectively combat currency manipulation. Now that she is running for president, she’s against it.

Moreover, her trade adviser, Princeton professor Alan Blinder, has chastised Mr. Trump and Bernie Sanders for their tough positions on trade without targeting similar promises made by Mrs. Clinton.

Quite simply, Mrs. Clinton will use “the advice of policy advisers” to climb down from her newly embraced tough stance on trade once elected. Much as did Bill Clinton, who opposed the North American Free Trade Agreement while running for the presidency, but then pushed it through Congress over the objection of Democratic Party leaders.

Trade is the biggest issue affecting unionized workers in America, and they can count on Donald Trump, not Hillary Clinton, to deliver a tougher pro-worker policy.