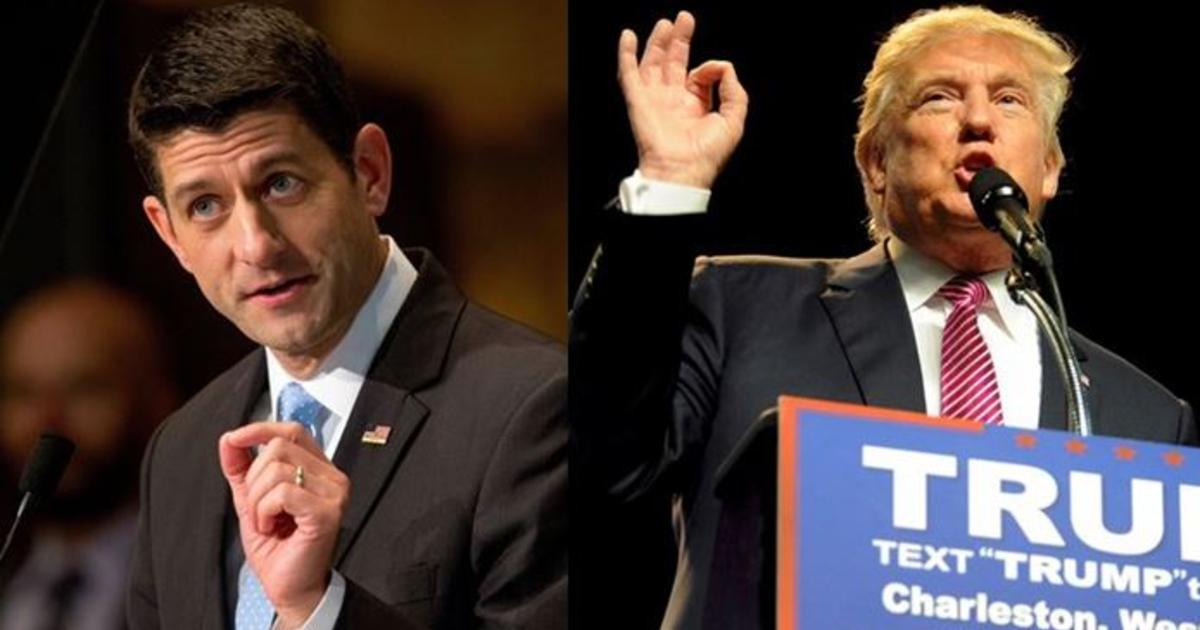 When Donald Trump became the Republican Party’s presumptive nominee for president one month ago, many Republicans like me faced a big question.

Six months earlier, in October, as I was taking the job as House speaker, my colleagues and I were discussing an equally important question: What could House Republicans do to give Americans a clear choice about the future of the country?

Sure, count us among the majority of Americans upset with the direction our country is headed. But that’s not enough. We agreed that we must focus less on what we’re against and more on what we’re for. So, long before we knew who our nominee would be, we decided we would present the country a policy agenda that offers a better way forward. We know what we believe in, so let’s bring it to the country.

That’s how I’ve always looked at it. I’ve spent most of my adult life pursuing ways to help protect the “American Idea”—the notion that the condition of one’s birth does not determine the outcome of one’s life. The first step is always putting it on paper and having a real debate. And with the Obama presidency nearing an end, we have a real opportunity to get big things done the next four years.

That’s why next week my colleagues and I will start introducing a series of policy proposals that address the American people’s top priorities. These plans are the result of months of work by House Republicans.

The concept from the start was simple: If we had a Republican president ready to sign bills into law, what would we do?

This month, we’ll show the country what a better tax code looks like. We’ll outline a plan not just for repealing Obamacare but replacing it with a better system, more focused on patients, choices and lower costs. We’ll offer a plan to restore the Constitution and the separation of powers that decades of executive overreach have eroded. We’ll present the ideal national security and foreign policy to keep Americans safe. We’ll show how we can reform rules and regulations so they’re spurring the economy and creating jobs, not destroying them. And we’ll offer a better way to help lift people out of poverty and into lives of self-determination.

It will be a positive, optimistic vision for a more confident America.

It’s short of all that’s required to save the country, but the goal was to focus on issues that unite Republicans. It’s a bold agenda but one that can bring together all wings of the Republican Party as well as appeal to most Americans.

One person who we know won’t support it is Hillary Clinton. A Clinton White House would mean four more years of liberal cronyism and a government more out for itself than the people it serves. Quite simply, she represents all that our agenda aims to fix.

To enact these ideas, we need a Republican president willing to sign them into law. That’s why, when he sealed the nomination, I could not offer my support for Donald Trump before discussing policies and basic principles.

As I said from the start, my goal has been to unite the party so we can win in the fall. And if we’re going to unite, it has to be over ideas.

Donald Trump and I have talked at great length about things such as the proper role of the executive and fundamental principles such as the protection of life. The list of potential Supreme Court nominees he released after our first meeting was very encouraging.

Through these conversations, I feel confident he would help us turn the ideas in this agenda into laws to help improve people’s lives. That’s why I’ll be voting for him this fall.

It’s no secret that he and I have our differences. I won’t pretend otherwise. And when I feel the need to, I’ll continue to speak my mind. But the reality is, on the issues that make up our agenda, we have more common ground than disagreement.

For me, it’s a question of how to move ahead on the ideas that I—and my House colleagues—have invested so much in through the years. It’s not just a choice of two people, but of two visions for America. And House Republicans are helping shape that Republican vision by offering a bold policy agenda, by offering a better way ahead.

Donald Trump can help us make it a reality.