Site Admin | September 28, 2016
Suffolk County Executive Steve Bellone, in his fifth year on the job, is running out of wiggle room and fancy moves to run a county government whose financials are fundamentally out of whack. 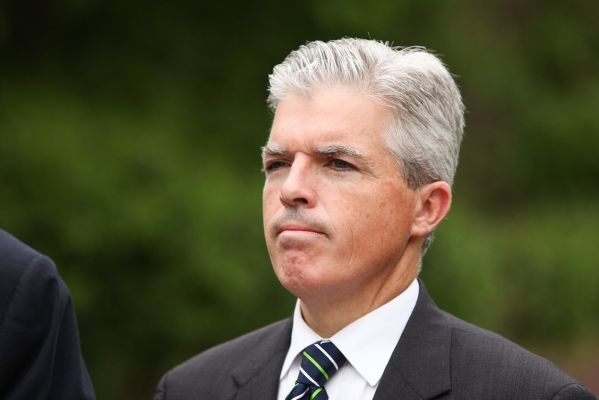 In the current year, he’s been badly bitten by sales tax revenue that came in flat when he projected an increase. He’s had to borrow $60 million more than he planned from the county’s Assessment Stabilization Reserve Fund, a sewer-money account, to pay the bills.

For the rest of 2016, Bellone is projecting 3 percent growth in sales tax. His $2.96 billion budget for 2017 assumes 2 percent growth in that revenue. His proposed spending plan will be dicey even if those rosy predictions come true.

By the end of next year, Suffolk will have borrowed about $150 million from that sewer fund and $350 million for pensions, $34 million alone next year. All that borrowing is just since 2011, and it’s not even included in the county’s $1.4 billion debt total.

In addition to these types of borrowing Suffolk, the proposed budget calls for a state law that would the allow the county to borrow an additional $60 million over the next two years to pay retiring police for their unused vacation and sick time. The problem with such borrowing, just as with pension borrowing, is that the costs recur annually. That means that later on, the county will be paying for tomorrow’s retirement and pension costs along with the ones it would borrow money to pay now.

These aren’t budget one-shots, when you sell an asset. This is double jeopardy, when you fail to pay a current expense and pile it on to a future when money may be just as (or more) scarce but expenses will include past failures.

On the revenue side, Bellone is maxing out the property tax cap with a 3.86 percent hike in the police district tax. That’s reasonable, because it’s largely the generous pay and benefits of police that put so much pressure on the budget. But Bellone has also put in some very iffy revenue generators. There’s a 1 percent surcharge on nonprofit organizations doing business with the county to help raise $1 million annually. The state and federal governments might object to this, because it’s often their money being passed along to fund such services. And a new $300 mortgage fee is more likely to infuriate homeowners than raise the intended $33 million a year, because refinancing might not keep up its furious pace.

Proposed cuts, such as eliminating smoking cessation programs and ShotSpotter gunshot detection systems, won’t save much and likely won’t get past the county legislature. Members have been more hesitant about raising revenue or cutting spending than the administration.

Bellone has to stop borrowing from the sewer fund and start repaying it in 2018, a double whammy. The deeper the trouble gets, the less likely it is that sales tax growth alone can bail out the budget, even if it returns to normal levels.

Suffolk needs a change in labor laws from Albany that would allow the county to eventually slow down increases in police salaries and benefits that cost an average of $233,000 a year per officer. Barring that, there has to be either a massive tax increase or a vicious cut in services in the next several years. A budget that’s more holes than cheese eventually has to crumble.