To hear Suffolk Executive Steve Bellone’s staff tell it, the county’s budget deficits weren’t so bad in 2015 and 2016, but there’s more to the story. 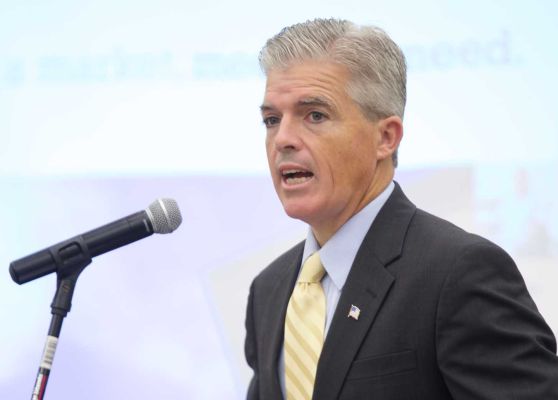 Last week, officials reported that the county had an $18.4 million shortfall in 2015 and projected that the deficit for this year will be $38.4 million. Not great, but considering that times have been tough and the total annual budget is around $3 billion, the figures are not disastrous.

But those numbers don’t tell taxpayers what they need to know, because the administration’s estimates for last year and this one count borrowed money as revenue.

The county’s projected deficit for 2017 of $129.4 million, which doesn’t include the cushion of borrowing, gives a clearer idea of how far the books are out of balance. That’s the real magnitude of the difference between expected revenues and expenses for a year.

Across the county line, where there is a state control board, the Nassau Interim Finance Authority is on the watch. One of the ways NIFA keeps Nassau County’s numbers honest is by not allowing County Executive Edward Mangano to count borrowing as revenue, which is wise. Suffolk officials have no such oversight, and so are able to present a much rosier picture of county finances.

In 2016, Suffolk has borrowed or will borrow about $42 million from the state for pension costs as well as $38 million from its Assessment Stabilization Reserve Fund. The total borrowing from that fund and for pensions is closing in on $400 million, and isn’t included in the county’s reported $1.4 billion total debt.

The actual three-year shortfall the county reported as $186 million is closer to $350 million.

Claiming otherwise is like a taxpayer getting a cash advance on a credit card, using the money to pay bills and saying the books are balanced.

Originally Published in Newsday on May 11,2016.