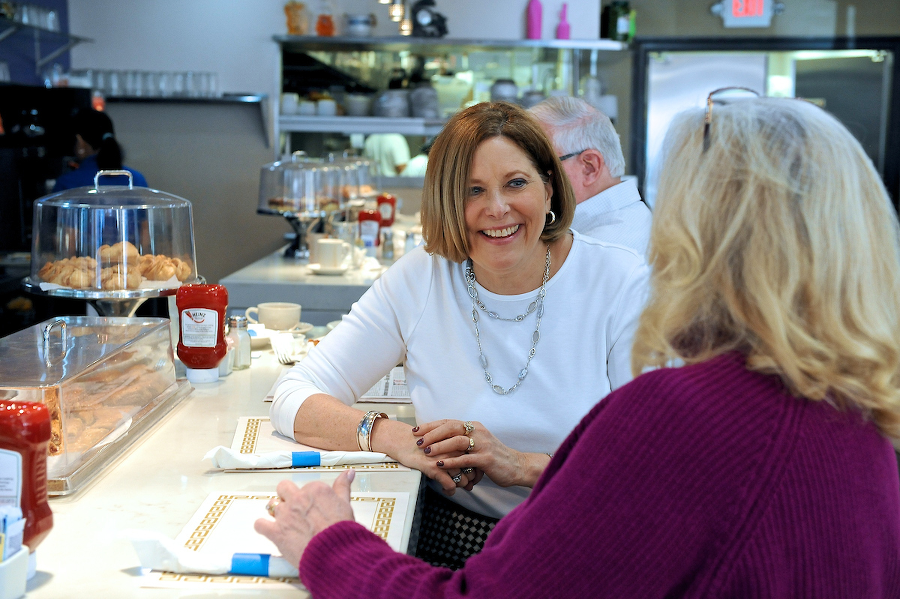 Janet Smitelli says she has a reputation for getting things done.

The longtime Huntington native has developed youth programs in Costa Rica; been a park ranger at the Grand Canyon; served as an assistant Scoutmaster for local Boy Scout Troops; taught Sunday school; and, for more than 30 years, fought to protect residents as a civil litigator. This April, she hopes to add to that list New York State Assemblywoman of the 10th District.

“This is kind of a leap for me, but in a way it isn’t because I’ve been progressing my whole life towards this,” Smitelli said.

She was recently chosen by the Suffolk County Republican Committee to run for the assembly seat Huntington Supervisor Chad Lupinacci (R) left vacant in the April 24  special election.

“I’ve become politically involved because I’m getting pretty sick of what’s going on and I know I can use my talents and experience to make some type of difference, to help and be part of the fight,” she said.

Growing up in Oceanside, Smitelli said her parents, Bernard and Maria Heller, instilled in her the importance of serving the community, especially her mother, who was heavily involved in the chamber of commerce and local politics and was known as “Miss Oceanside.”

“From seeing that as my example from a very early age, I was involved in everything from day one,” Smitelli said.

A graduate of SUNY Plattsburgh with degrees in environmental science, late American studies and Spanish, Smitelli wound up taking her altruism to Central America for six months when she was 19. A few years later, after developing an interest in law, Smitelli went to law school at night and became a trial attorney in 1987. It was around this time that she married her husband and became a Huntington resident.

As a lawyer, she has represented those filing lawsuits and those on the receiving end of them, motor vehicle collisions, slip-and-falls and, predominantly over the last 10 years, construction accidents. She spends her free time actively volunteering in the Huntington community.

“Janet’s the kind of person you can call and say ‘I need your help’ and she’s there and ready to do what needs to be done,” Huntington resident Dennis Garetano said. “She’s there for the community, she gets things done and really cares about this neighborhood. She’s who we need to get elected.”

Patricia Wingfield, a resident whose son was a Cub Scout under Smitelli’s leadership, called her a natural leader.

“She led like a trooper — went on camping trips no other parent wanted to go on and was always such an advocate for all the kids to receive their badges,” Wingfield said. “She’s fair, she’s just, she’s effective. I aspire to be her.”

Lupinacci also voiced his support for her.

“I think she’s an excellent choice to fight for us in the state Legislature,” he said. “She’s very involved in the community and has a great background in terms of public service. She has the background, the fortitude and the skills needed to represent the 10th Assembly District.”

If elected, Smitelli said she wants to tackle what she believes are the major challenges facing Huntington. This includes pledging to eliminate excessive taxation, receive funds to preserve and protect waterways and our drinking water, increase funding for K-12 extracurricular programs and veer young people away from gangs and opioids by keeping them involved in community programs.

She also said she wants to strengthen the transparency between government and residents by making it easier to access information and calling for reform.

“If you look at my background, you’ll see I’m not doing this for any other reason than I really, really want to serve,” Smitelli said. “I think my talents, my experience and my life thus far, has been a pathway to this.