Lazy Susan Berland Refuses to Show Up to Work

While other legislators showed up for work at the Suffolk County Legislature, Lazy Susan Berland finished her sixth week of summer recess in Key West, cancelling the August 27, 2019 meeting of the Veterans Committee, on which she serves as Chairperson, and this was the fourth Veterans Committee meeting Lazy Susan cancelled out of the ten meetings that were scheduled so far this year.

Shamed by her colleagues and the media into returning to attend the Suffolk County Legislature General Meeting on September 4th, after almost 7 weeks of summer recess, Lazy Susan Berland voted YES to giving hard-working Suffolk County residents five (5) more years of the Red Light Camera Program money-grab -- no wonder she doesn’t want to show up to look us in our faces! 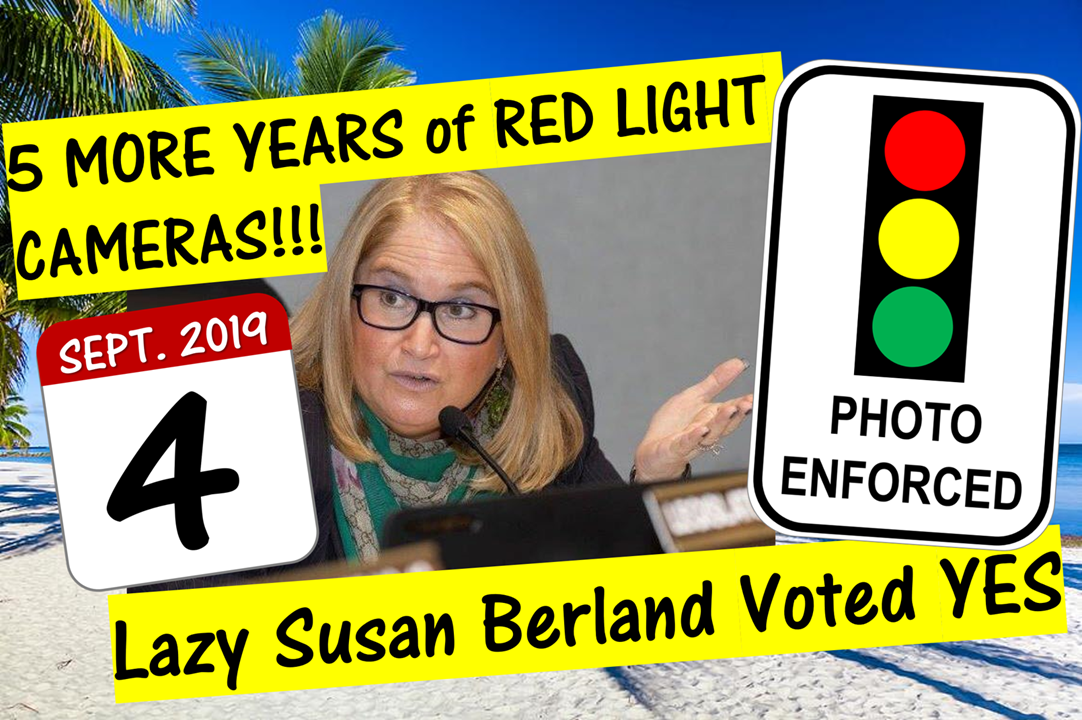