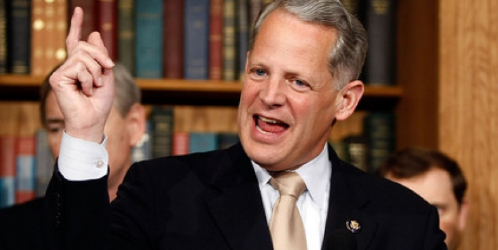 It’s official!  7-term Congressman Steve Israel has been ranked the least effective Member of Congress in New York State, according to InsideGov.  Israel’s “effectiveness score” is a whopping 1%, which is based on the amount of bills he has had passed out of committee since being elected to Congress in 2001.

This shouldn’t come as much of a surprise since when Israel isn’t busy voting to give himself a pay raise or voting seven times to close Guantanamo Bay, he’s been busy taking marching orders from Nancy Pelosi, who he’s voted with 97.3% of the time during the 114th Congress.  With a liberal record like that, it doesn’t leave Israel much time to be an effective voice for his constituents in his moderate Long Island swing district.

NRCC Spokesman Chris Pack said: “The NRCC once again congratulates Steve Israel for being designated at the least effective member of Congress in New York State.  Israel shouldn’t be too surprised for being deemed so ineffective when you consider he votes with Nancy Pelosi a whopping 97.3 percent of the time.”

(originally published by the NRCC here.)