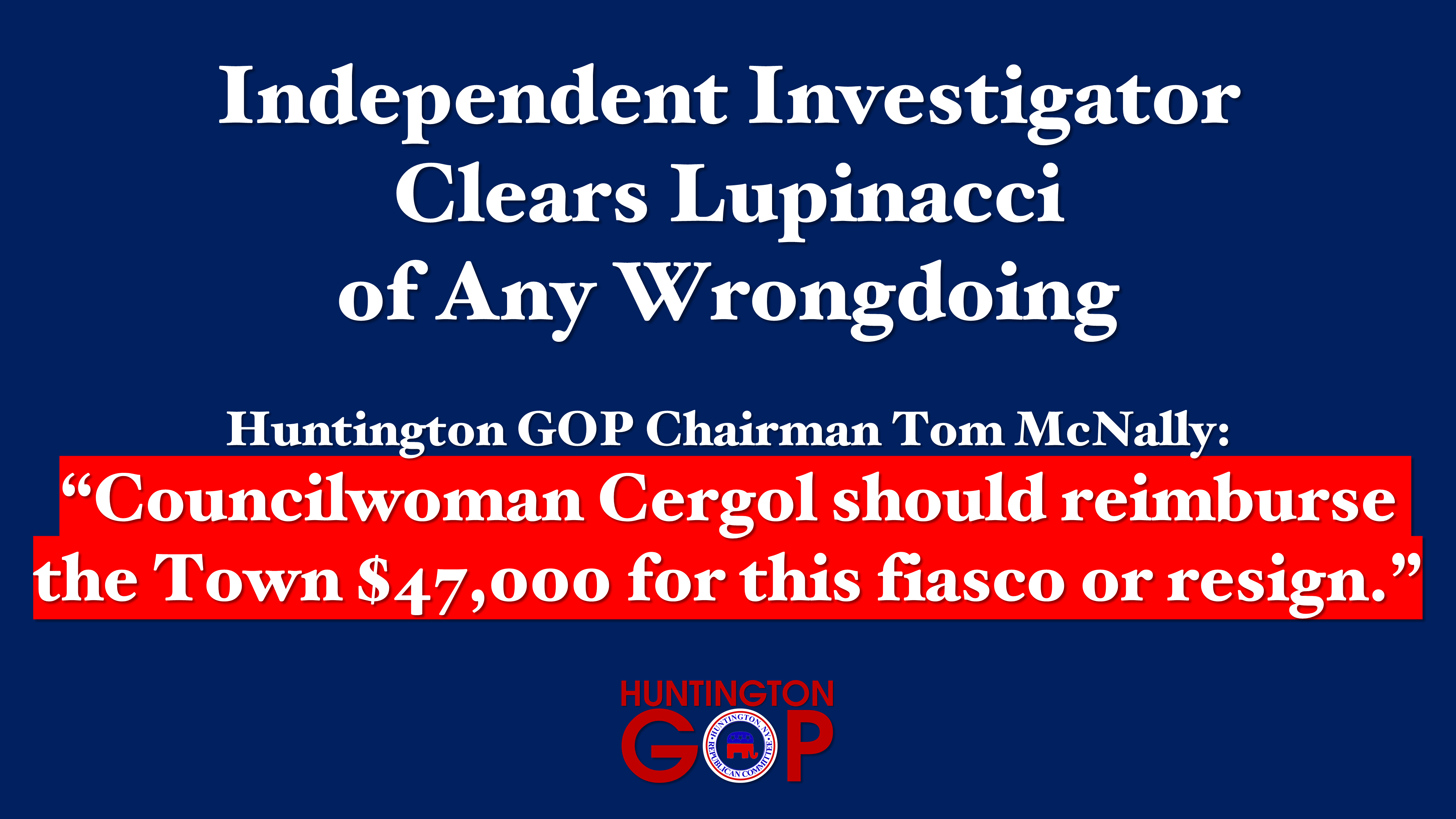 “The Town of Huntington released a report today clearing Supervisor Chad Lupinacci of any wrongdoing.”

“Looking past the heavy redactions, it appears Councilwoman Joan Cergol used her position on the Town Board to instigate the investigation against a political adversary based on a fourth-hand rumor without a shred of evidence.  Every person involved in the alleged behavior denied the events ever occurred, including the supposed “victim.” No complaint was ever filed yet a year-long investigation into a rumor followed.

“Despite the lack of a complaint, blanket denial from supposed “witnesses,” and no evidence of any sort, the lawyer who prepared the report charged the Town $47,000. The best the lawyer can say is she thinks the people she interviewed are withholding information. Perhaps that’s her perception but it’s also an old lawyers’ trick to keep an investigation open.

“This abuse of power for political gain will have unintended, but predictable, consequences. Employees with valid claims will remain silent to avoid being a used as a political weapon. Investigating baseless rumors diminishes the credibility of the reporting process. The public’s confidence in all elected officials is tarnished.

“Councilwoman Cergol should reimburse the Town $47,000 for this fiasco or resign.”