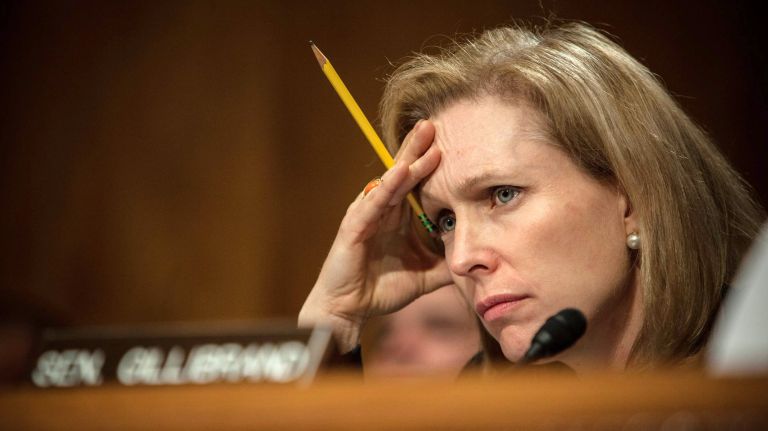 Last night, she became the first Democrat Senator to take the crazy position of abolishing ICE, the nation's border patrol.

The timing of her new stance is notable, as it follows the huge victory for the socialist side of the Democrat Party with Ocasio-Cortez’s win in New York City, who centered her campaign on abolishing ICE.

As a reminder, Gillibrand’s past positions on immigration include:

But that was when she represented a more conservative upstate congressional district in upstate New York. Since then, it seems she does little more than copy-and-paste press releases from democratic socialists like Bernie Sanders, Kamala Harris, and Elizabeth Warren.

Now, with her eyes set on abandoning her responsibilities as New York's junior senator to pursue a laughably weak presidential campaign, Gillibrand is happy to lurch leftward in an effort to appease her party's most radical wing.