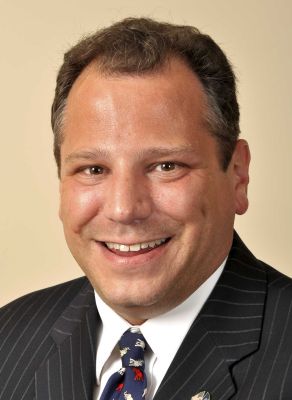 Town Clerk candidate Andrew Raia of East Northport was born and raised in Huntington, after graduating from the State University of New York at New Paltz; he started his professional career as a leading staff member in legislative offices of the State Assembly, the New York State Senate, and the Suffolk County Legislature. Elected to the New York State Assembly in 2002, he is currently serving his 9th term in the New York State Legislature. He has worked his way to serving as the Ranking Minority Member of the Assembly Health Committee and is also a member of the Environmental Conservation, Insurance, Housing, and Rules Committees. Assemblyman Raia’s long-standing commitment to his constituents and tenure within the New York State legislature has helped him become a leader within the Assembly. He is currently serving as the Assistant Minority Leader, the Minority representative on the Legislative Council on Health Care Financing, and a member of the Budget Conference Committee on Health. In 2017 he was named the NYS Association of Health Care Providers’ 2017 Elected Official of the Year.

In addition to spending his entire professional career in public service, Assemblyman Raia has also served on the Executive Boards of the Huntington Boys and Girls Club, Huntington Freedom Day Care Center, Huntington Station Enrichment Center, Katherine Gibbs, Perspectives on Youths; and M’Yad L’Yad Helping Hands. He is a member of the Northport Historical Society, the Babylon Historical Society, the Huntington Historical Society and the Greenlawn-Centerport Historical Society. Andrew Raia also belongs to many different social organizations which have strong commitments to community service, including the Knights of Columbus Father Thomas A. Judge Council in East Northport where he serves as a Third Degree Knight; the Sons of Italy Constantino Brumidi Lodge in Deer Park; the New York State Conference of Italian-American Legislators; and the Chambers of Commerce in Huntington, Northport, East Northport, and West Islip. He is an honorary board member for the Suffolk County Coalition Against Domestic Violence and Building Homes for Heroes. Assemblyman Raia graduated from the Leadership Huntington Foundation Program and was named one of its Graduates of Distinction in 2017. Additionally, he was Long Island Business News’ 2008, 40 under 40 Honoree. He also remains an ongoing advocate for programs benefiting our youth including the Boy Scouts of America and the Girl Scouts of America.