2021 CANDIDATES: Smyth to lead slate as candidate for Town Supervisor

Following the decision of Supervisor Chad Lupinacci not to seek re-election this year, the Huntington Republican Committee endorsed Councilman Ed Smyth to be its candidate for Town Supervisor. 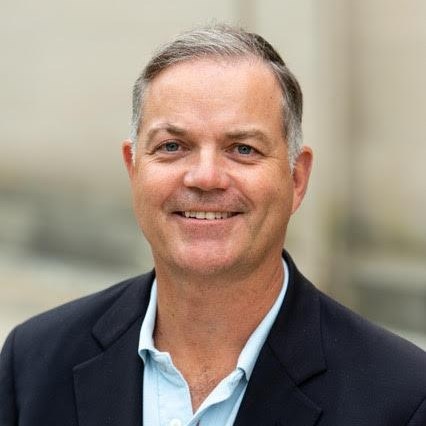 First elected to the Town Board in 2017, Smyth has worked tirelessly to reform town government and make it more responsive to Huntington residents.  Smyth enacted term limits for town offices and stronger ethics laws, fought for important measures protecting our suburban quality-of-life from overdevelopment and held the line on property taxes.

“Ed Smyth is a Marine, a husband and father and a lifelong Huntington resident,” said Chairman Thomas McNally.  “He has a vision for the future of our town and he exudes leadership.  There’s not a better or more qualified person to be Huntington’s next Town Supervisor.”

“I want to thank Chairman McNally and the Huntington Republican Committee for placing their trust in me to lead our town,” said Councilman Ed Smyth.  “We’ve experienced tremendous success over the last three years and I look forward to building on these achievements as Town Supervisor.”

“We have an extraordinary team of talented professionals who are committed to making our town a better place to live,” McNally said.  “We know that our team, our party and our town are all stronger when we work together.  That’s the approach we’re going to take to win in November and it’s going to help us continue the progress we’ve made over the last three years to protect property taxpayers and encourage responsible economic growth.” 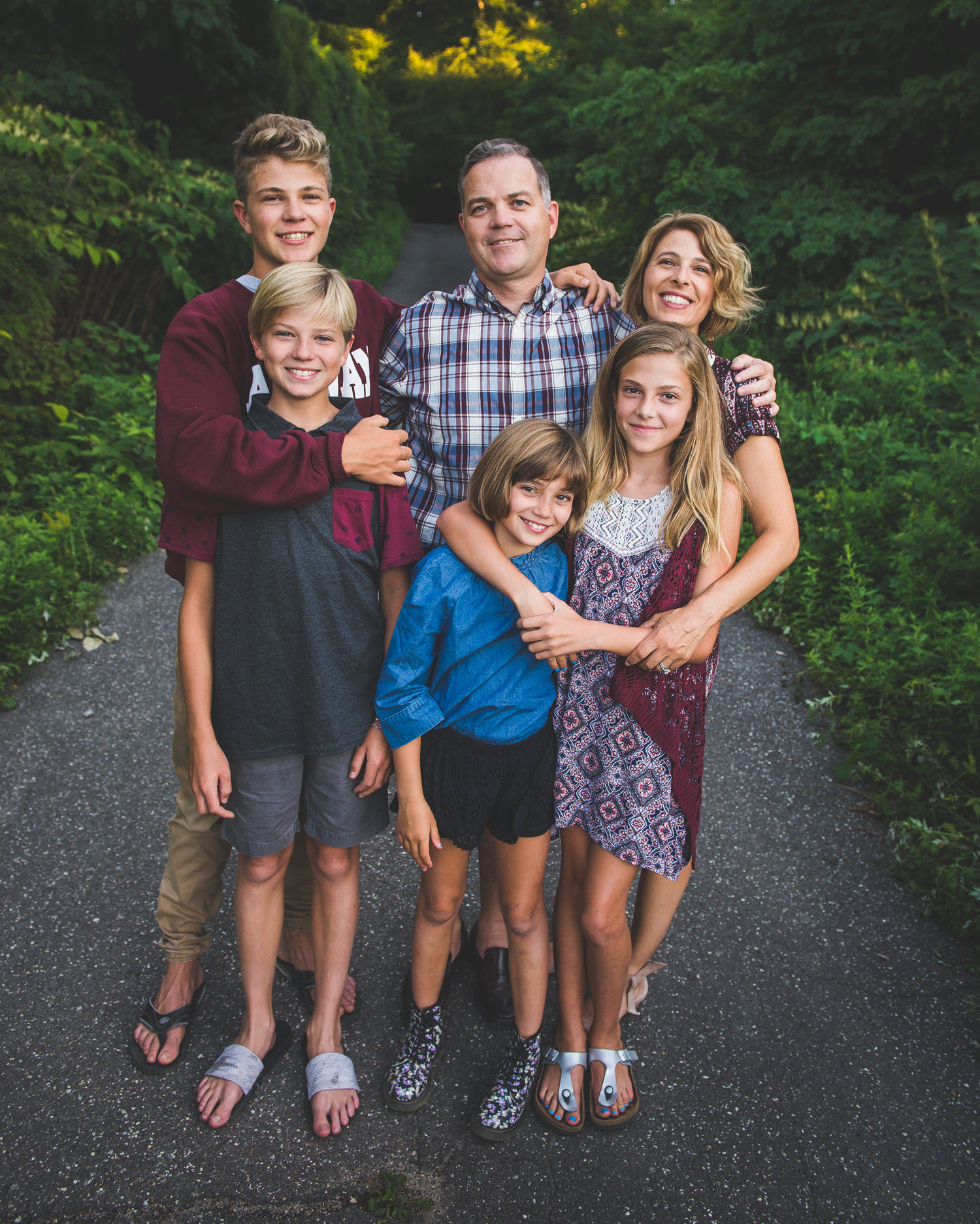 Hon. Edmund J.M. Smyth was elected to the Huntington Town Board in 2017 and is an integral member of the first Republican majority on the Huntington Town Board in a quarter century, reversing over 20 years of Democrat neglect of our local economy, infrastructure, waterfront facilities and shorelines, and accomplishing so much more in three short years. Smyth has delivered on every 2017 campaign promise: enacting term limits, establishing ethics reforms, increasing government transparency, stopping reckless overdevelopment, preserving open space, cutting red tape, and reducing the burden on the taxpayer.

Ed Smyth, the son of two immigrants, is a lifelong resident of Huntington. Smyth practices law on Main Street in Huntington Village, has served on the Lloyd Harbor Zoning Board of Appeals and is a graduate of Huntington Leadership. Having served as a Staff Sergeant in the U.S. Marine Corps Reserve, Smyth is prepared for the rigors of leadership in the Town of Huntington.

Smyth is intimately familiar with the diverse interests of Huntington, believing that with teamwork and assistance from friends – old and new – our town will make the inevitable transformation into an example other towns will look at as a model for growth. Ed and his wife Coriander are currently raising their busy family of four children in Huntington.

Dr. David P. Bennardo has a long career in education and he is best known for two very high-profile roles he has held in the greater Huntington education community.

In the nine years Dr. Bennardo served as the Principal of Harborfields High School, he worked to expand Advanced Placement and honors opportunities for all children by nearly 300%. Advanced Diploma rates and college scholarship awards rose to all-time highs under his leadership. Bennardo is remembered at Harborfields for throwing the totality of his energies into building a collective culture, while coining the phrase "HF Family" to characterize the unique community.

In July of 2012, Dr. Bennardo assumed the role of Superintendent of neighboring South Huntington School District. Dr. Bennardo immediately embraced the proud history and rich diversity of South Huntington and committed his district office team to opening the lines of communication and enhancing transparency within the school community. During Dr. Bennardo's time at South Huntington, Walt Whitman has been recognized as a “Top 100 American High School,” and students and staff have excelled at each level.

Dr. Bennardo was the recipient of the 2016 Public Service Award from the Suffolk County Martin Luther King, Jr. Commission, for his vision, leadership, and guidance, as well as the 2017 Boy Scouts of America Good Deed and Excellence in Education Award. Dr. Bennardo, an adjunct professor at St. John's University, lives in Greenlawn with his wife, Jill, a teacher in the Bethpage School District, and their children, Tiana, Connor, and Jen.

Salvatore Ferro, President, CEO and owner of Alure Home Improvements, is a philanthropist and current member of the Town of Huntington Zoning Board of Appeals, appointed as a full member in December 2019 after serving as an alternate member since November 2018.

Ferro started his career with Alure Home Improvements in 1989 as a production manager; after serving in production, sales, and general management roles, Ferro took on the roles of President and CEO in 2002. With Ferro’s leadership and remarkable people skills, Alure grew from a small painting contractor to one of the most successful remodeling companies in the country. Ferro believes the key to a successful company is its people and he has worked to promote a team attitude that focuses on an inclusive culture, where employees are encouraged to share input and attend personal development training.

Ferro, one of the most respected leaders in the home improvement industry, and Alure, one of the most successful remodeling companies in the country, have received numerous accolades for their work. Ferro and Alure Home Improvements’ remarkable reputation enabled them to participate in the hit ABC television show Extreme Makeover: Home Edition where they completed eight projects for the show.

Ferro, a member of the Huntington Hospital Board, boxed in Long Island’s Fight for Charity in 2013, which he now hosts annually. In 2014, Ferro was honored by the Long Island Association with the Harry Chapin Humanitarian Award for Community Service. In 2017, Ferro created the Ferro Foundation, which focuses on helping Long Island students, seniors and veterans. Ferro lives in Commack with his three children, his new bride Molly and her daughters.

Andre Sorrentino, Jr., a lifelong resident of Huntington, is owner of Professional Automotive Services and Sorrentino Trucking, while currently serving as Director of General Services for the Town of Huntington and Huntington Fire Commissioner.

Sorrentino is devoted family man and local entrepreneur who has been giving back to his community for over 40 years. Sorrentino credits his parents, who became American citizens and achieved the “American Dream,” with teaching him the value of hard work and instilling the sense of obligation to give back to his community. Working as a contractor for the Town of Huntington Highway Department since 1983 and the Suffolk County Department of Public Works since 1984, Sorrentino opened Professional Automotive Services (PAS Automotive) with his brother Pat in 1986. The New York Avenue-based mechanic shop provides machines, trucks, towing and other services to the first responder rescue community, including the Huntington Fire Department, Suffolk County Police Department, and Lloyd Harbor Police Department.

As Director of General Services for the Town, Sorrentino has made Heckscher Park the most beautiful it has ever been. Sorrentino’s ingenuity, cleanups and beautification projects in previously-forgotten areas across town have added to the quality of life for residents whose neighborhoods have suffered from irresponsible property owners. While the Highway Department is the only department budgeted for pre-treating and clearing roads of snow, tree and other storm debris, Sorrentino regularly delivers snow plows, heavy equipment and labor from the Department of General Services to assist with road clearing efforts.

Formed over a decade ago, the Sorrentino Family Turkey Drive raises money and donates thousands of Thanksgiving turkeys to local families in need every year. Sorrentino has a deep respect for firefighters and first responder rescue workers and serves as a Commissioner in the Huntington Fire District. Sorrentino lives in Huntington with wife, Kim, and their two young daughters.