New York State Senate Republicans rolled out a plan for a seven-year, 25 percent income-tax cut, with savings to taxpayers of some $3.5 billion. 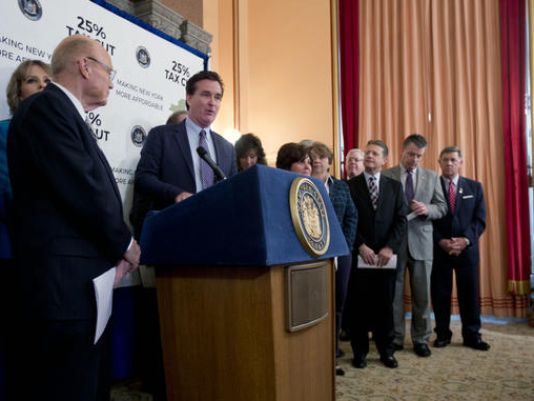 The package also includes a variety of tax breaks for small business and seniors, and would kill a utility surcharge imposed amid the Great Recession.

The default in state government has been an ever-higher tax burden fueling ever-greater spending, so even talk of a serious tax cut is an eye-opener.

For example, Assembly Speaker Carl Heastie’s opening bid this year to expand the “millionaire’s tax,” now set to expire in 2017, is part of an overall $1 billion tax hike.

Since small-business proprietors do so much job-creation, the Senate plan targets them for much-needed tax relief. Fair enough — but the best way to turn around New York’s economy would be across-the-board cuts that address the state’s (well-deserved) reputation as an awful place to do business.

But give Majority Leader John Flanagan and his conference credit:

This is actually a tax-cut plan — something New Yorkers haven’t seen in what seems like decades.