One month ago, The North Shore Leader exposed Democrat Michelle "Bond" for the "deep fake" she is -- a fake Republican, fake Long Islander, and even a fake Bond (she didn't like the Yugoslav name of her immigrant parents, so she invented "Bond" when she entered the DC swamp 25 years ago).

Now, 2nd quarter filings prove what a phony Michelle Bond is -- taking in thousands of dollars again from liberal mega donors yet not one contribution from a Republican, or anyone else, in our Congressional District! 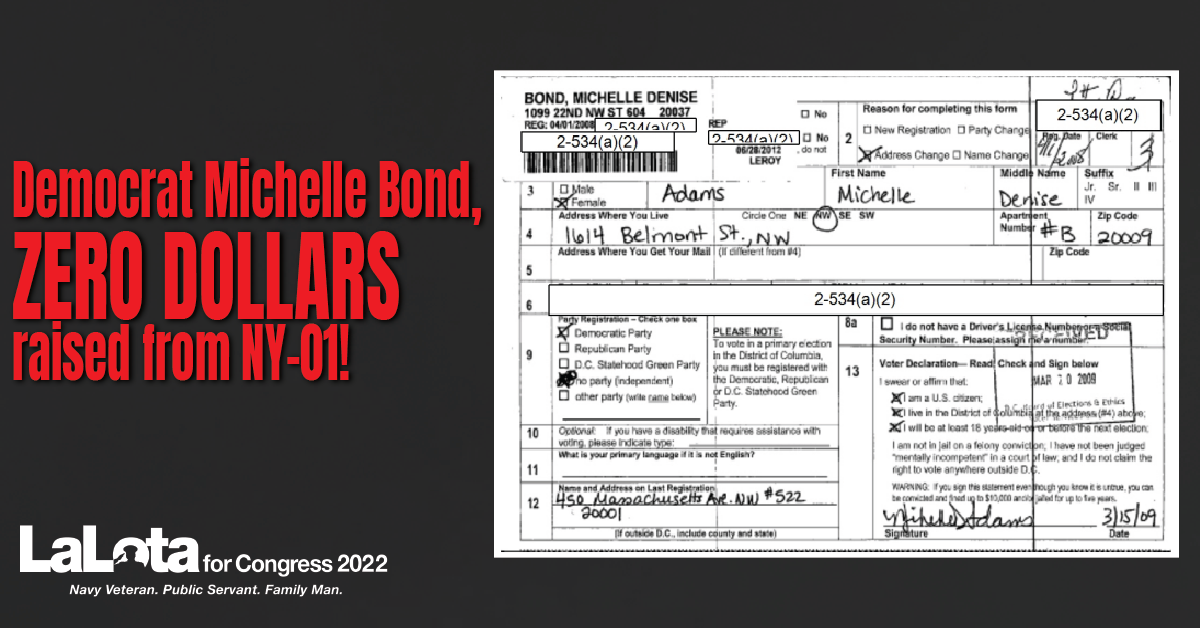 Democrat Michelle Bond Rakes in Thousands From Her Liberal Allies

As In-District Support Fails to Materialize, Bond Turns to National Dems for Help

Medford, NY - We already knew that Michelle Bond was a Democrat serving in the Obama-Biden administration before she switched her voter registration and moved to Long Island to run for Congress. Almost immediately, Bond got reinforcements from her liberal allies. Her campaign was bankrolled to the tune of $61,000 during the 2nd quarter by dozens of Obama-Biden mega-donors who were all too eager to help their liberal friend - all the while receiving ZERO public contributions from NY-01 voters.

As her campaign continues to falter as Long Island voters learn the truth about her liberal record, Bond is turning to her liberal friends for help once again. On her most recent public disclosures, Bond took another $9,300 from liberal donors who contributed a combined $335,845 to radical democrats like Maxine Waters and Chuck Schumer.

“Bond can’t hide from her liberal record behind liberal funded ads. Long Island voters know that Bond is a liberal Democrat who is funded by liberal democrats, which is why she's failed to earn any in-district support. She's received more contributions from Democratic donors who live outside of New York's 1st Congressional District than she has from Republican donors who live in the district. The voters of NY-01 know that Nick LaLota is the trusted America First conservative to succeed Lee Zeldin in Congress and fight back against Joe Biden and the far-left’s radical agenda,” said LaLota Campaign Manager, Peter Ganley.

Nick LaLota is the Endorsed Conservative and Republican Congressional Candidate 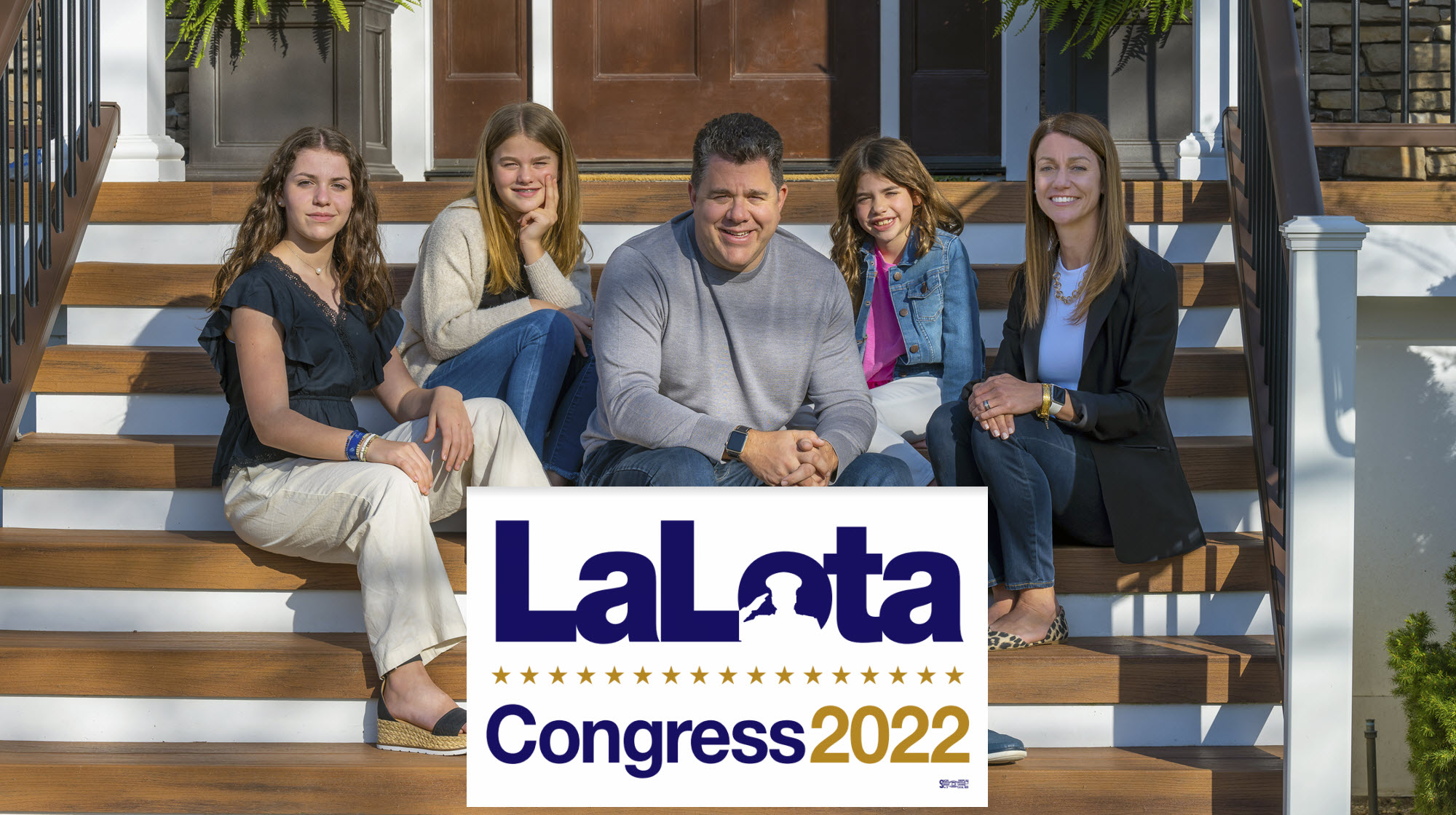 Nick LaLota is the officially endorsed candidate of the New York State and Suffolk County Republican and Conservative parties for Congress in NY-01 to succeed Rep. Lee Zeldin. Nick is running for Congress because Suffolk County needs a bold, trustworthy, and patriotic leader in Washington. An 11-year Navy Veteran, service is in Nick’s blood - his father was a Nassau County Police Officer and his grandfathers were NYPD officers. Nick is a Saint Anthony’s High School alumni and graduate of the US Naval Academy in Annapolis. After returning home from three overseas deployments, Nick married his high school sweetheart Kaylie where they are raising their family. In Congress, Nick will work to combat inflation, lower taxes and gas prices, and keep our communities safe. Learn more about Nick at NickLaLota.com.