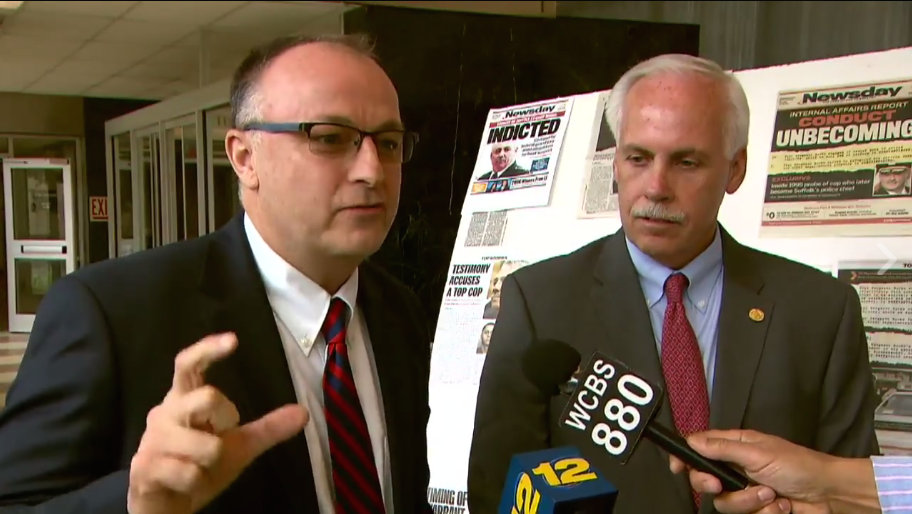 Trotta said Bellone, a Democrat, stood by Burke, even after news media reports about internal affairs investigations that had occurred in the 1990s, when Burke was a county police officer. One of those investigations found Burke guilty of conduct unbecoming an officer for his sexual relationship with a known felon and losing his police-issued weapon twice.

Burke pleaded guilty earlier this year to federal charges of beating a burglary suspect and orchestrating a cover-up of the crime. 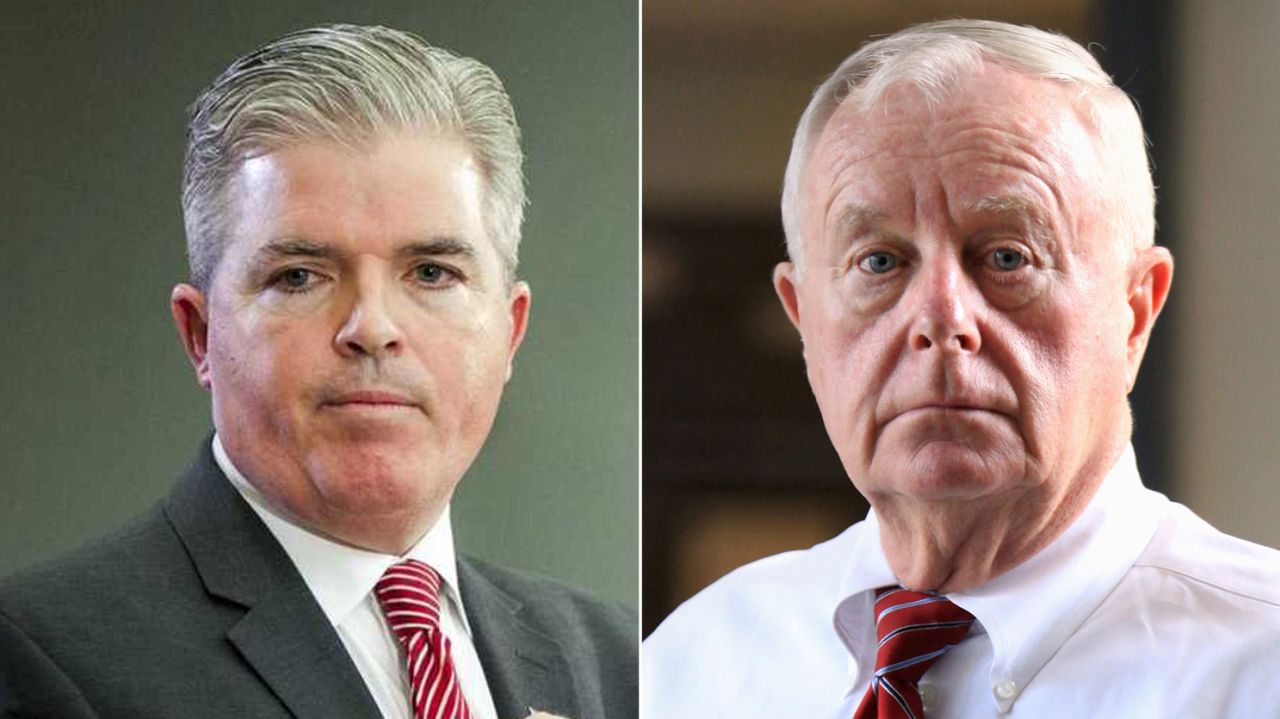 Also Tuesday, Trotta and Cilmi called for Suffolk Democratic chairman Richard Schaffer, who also is Babylon Town supervisor, to resign from one job or the other.

They argued that Schaffer, who introduced Burke and Bellone, is too involved in county government.

Adapted from a news report in Newsday found here (link)