Barack Obama’s Presidency Has Been Good For Republicans

For the first time since Gallup began measuring party affiliation nationwide, there are now more red states than blue ones. Twenty states are either solidly Republican or leaning Republican, while just 14 are solidly or leaning Democratic. The remaining 16 are competitive between the two parties. "This is the first time in Gallup's eight years of tracking partisanship by state that there have been more Republican than Democratic states," writes Gallup's Jeffrey M. Jones. "It also marks a dramatic shift from 2008, when Democratic strength nationally was its greatest in recent decades." (Gallup defines a state as "solid" for a party if that party has a 10-point or larger voter ID edge; a "leaning" state is one where a party has a five to 10 point edge.)

The shift in party affiliation over the past seven years is absolutely incredible. In 2008, there were 35(!) states that were either solidly or leaning Democratic, five solid or leaning Republican and 10 judged as competitive. The following year there were 33 Democratic states, 12 competitive states and, still, five Republican ones.

From 2008 to 2015, Democrats went from a 30-state lead to a six-state deficit when it comes to states solidly or leaning their way on party affiliation. That is simply stunning.

Gallup's findings are in keeping with what I think is the most under-told story of the Obama years: Republicans have made massive gains at virtually every level of government other than, of course, the White House. 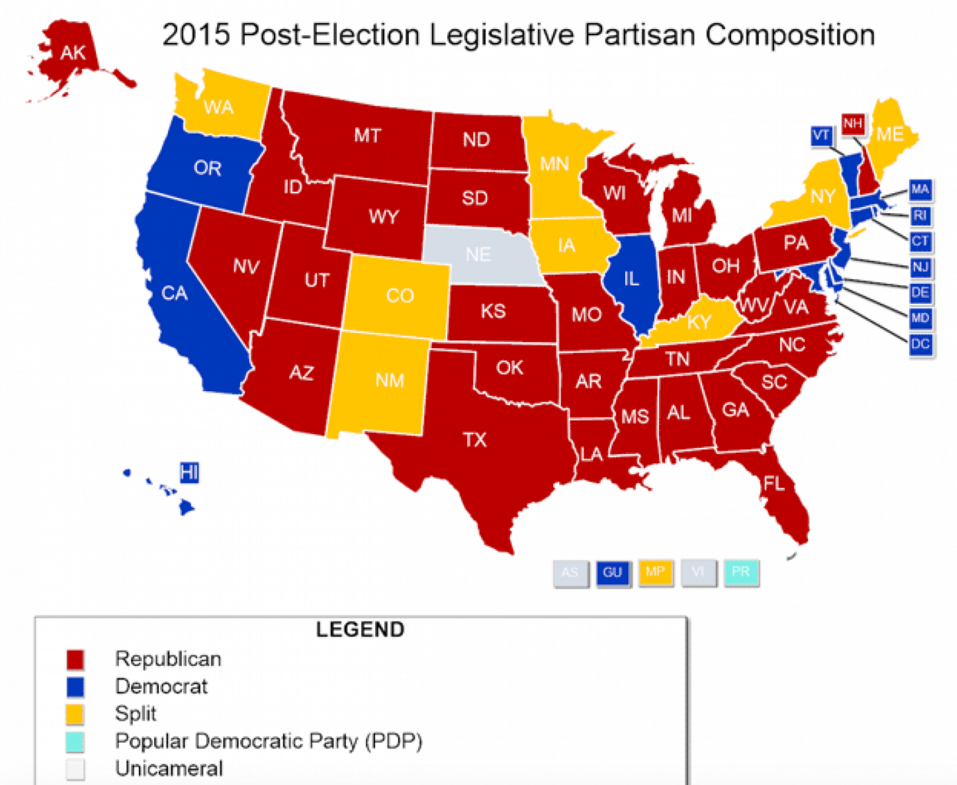 At the state level, Republicans have 31 governorships -- almost two-thirds of all the governor's mansions in the country. Republicans are even more dominant at the state legislative level; the GOP holds total control over 30 of the 50 states' legislatures and has partial control in another eight states -- meaning that more than three-quarters of the country's state legislatures are controlled by the GOP.

Want another way to visualize just how much electoral ground Republicans have gained -- and Democrats have lost -- during the Obama presidency? Check out this chart via Republican lobbyist Bruce Mehlman: 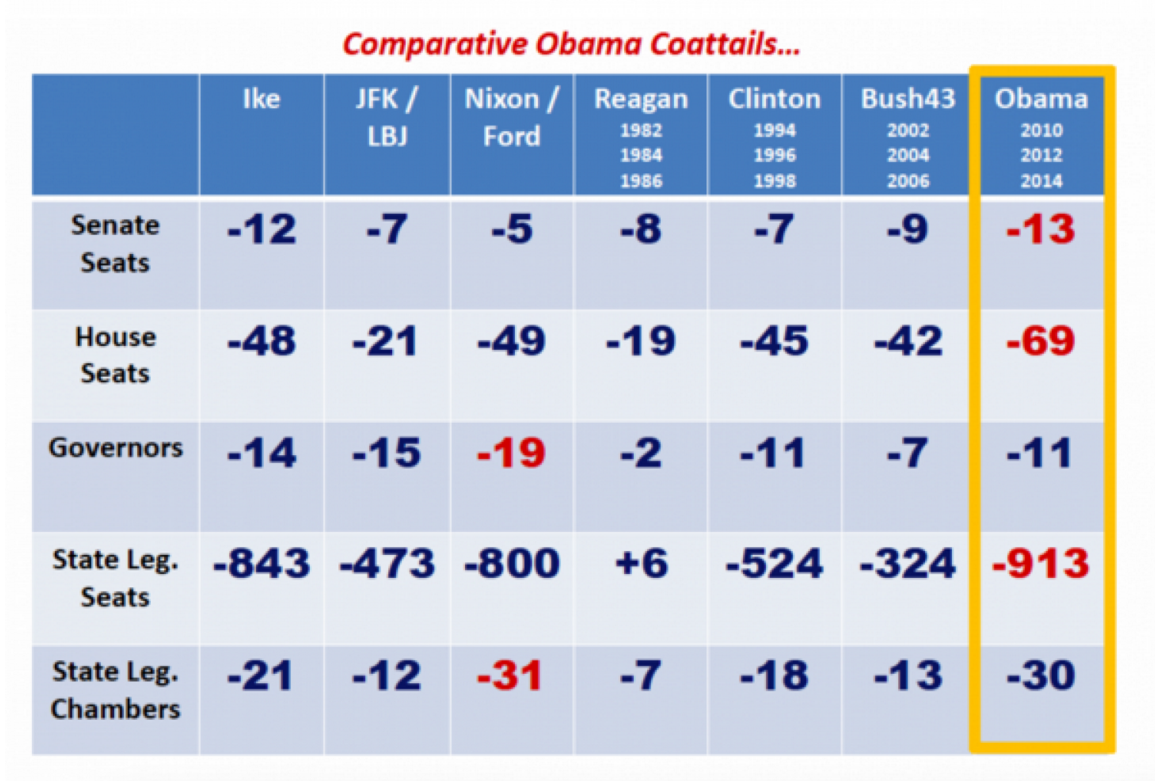 It's important to note that amid the wall-to-wall coverage of the schism within the Republican ranks at the presidential level -- and the panic it is causing within the GOP establishment -- the party, at the state and local level, is in significantly better shape than its Democratic counterpart.

This article was written by Chris Cillizza and originally appeared in The Fix here.